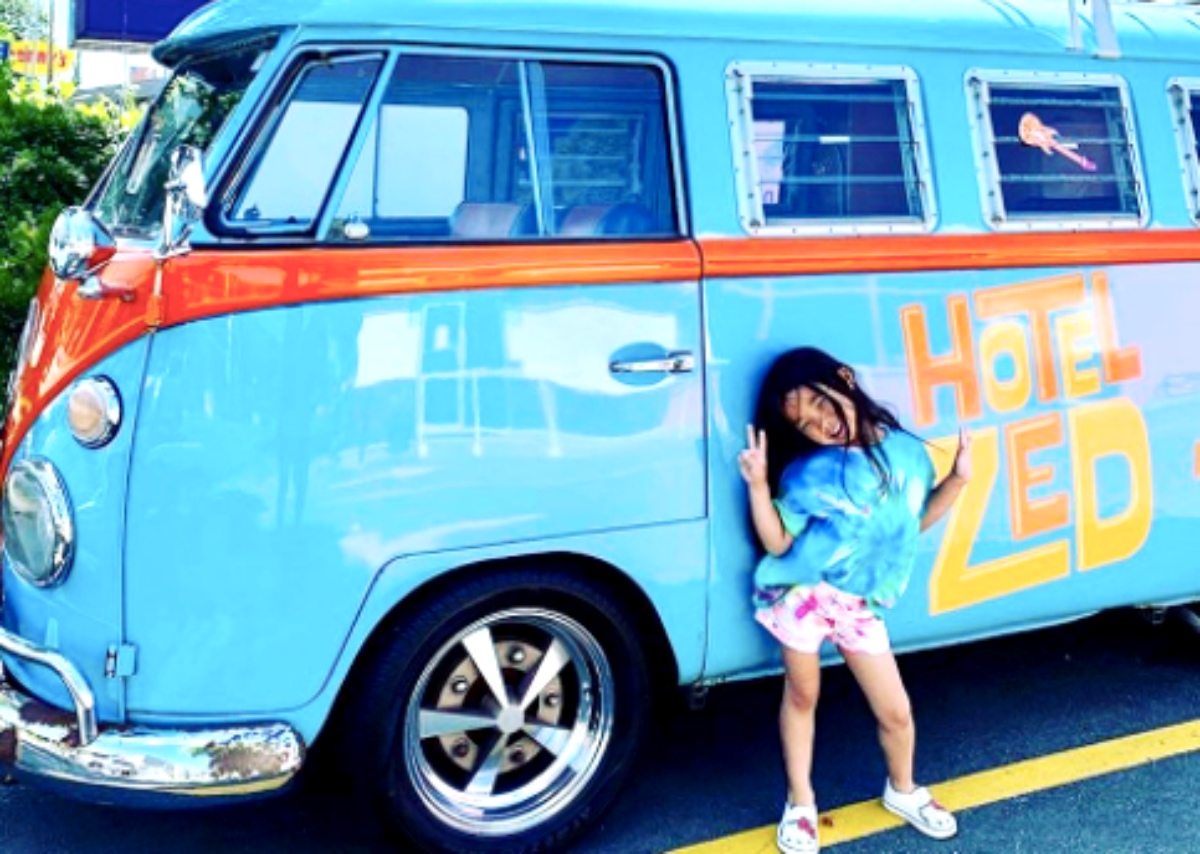 A hip hotel in British Columbia offered couples the chance to win 18 years of free stays if, around nine months after their stay, they had a baby.

Hotel Zed is a hip and eclectic hotel in British Columbia, Canada and came up with a fun challenge for its guests. If a couple had a baby roughly nine months after staying at their hotel, they would win 18 years of free stays. Nicole and Alexander Beshinsky won the challenge.

Nicole and Alexander Beshinsky have a three-year-old son and are about to welcome a new member to the family.

Based in Kelowna, the couple took up Hotel Zed’s “Nooner” special on February 14, 2020. The hotel has held the four-hour “Nooner” special for five years, but this year was the first involving babies.

The “Nooner” encourages couples to check in at Hotel Zed from 10 am to 2 pm to enjoy some “nookie.” Following that, they can either enjoy a soak in the outdoor hot tub, or play ping-pong in the hotel’s lounge. This was the first time the Beshinskys took the hotel up on their offer and bam, it worked.

According to CNN, due to work and other challenges, they don’t often have the chance to celebrate Valentine’s Day. Nicole said the “Nooner” package was “a great Valentine’s idea for parents because it makes childcare a little easier.”

In fact, it turns out CEO Mandy Farmer of Hotel Zed came up with the original idea while her children were small. She always had problems finding quality, child-free time with her husband. To her, the idea of a romantic tryst on February 14 was far more appealing than a box of chocolates or a bunch of flowers. The hotel’s board agreed with her and they have been offering the “Nooner” ever since.

The latest baby-making incentive in 2020 seemed like a fun twist on the “Nooner.” While Valentine’s Day is known for engagements, why not make it about conceptions, too?

Farmer said she doesn’t think they could convince someone who is not already thinking of having a baby to enter. However, for anyone serious about expanding their family, it is a great idea. On top of that, if they succeed, they will have the added benefit of celebrating their baby’s conception on Valentine’s Day for the next 18 years.

The hotel was so excited about the campaign’s results the Beshinskis not only won 18 years of free stays. They have also won a free photo shoot at Hotel Zed.
According to Nicole, she and her husband had been trying to get pregnant again for almost two years. They decided to “raise the stakes” by taking up the hotel’s contest. It turned out all they needed was a fun time at a quirky hotel, along with a little competition.

Hotel Zed itself claims to be “Rebels against the ordinary” on their official website. With ideas like the “Nooner,” they certainly will do well!

always use category travel etc but should include family travel too