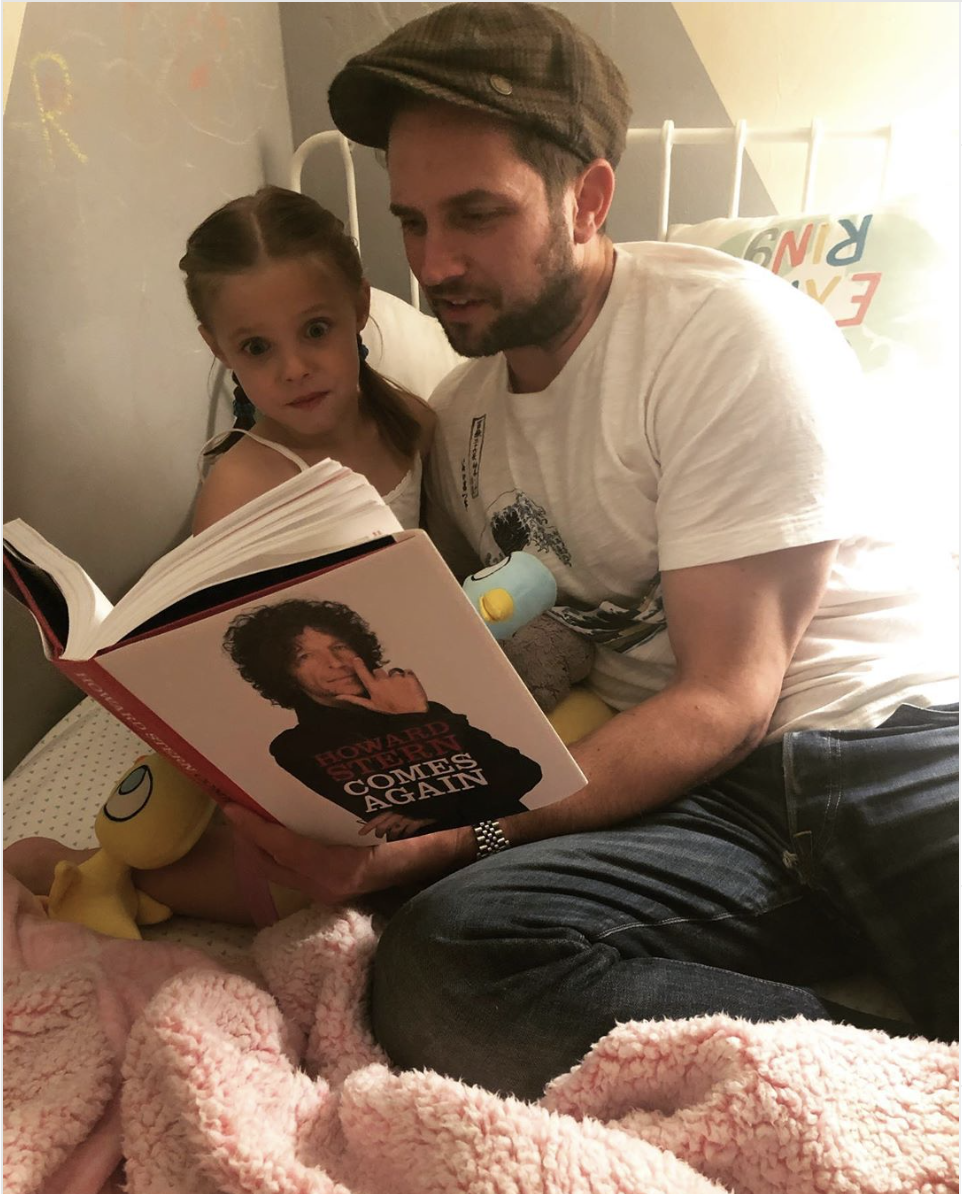 Brandon Barash is one funny father who sure knows how to get some good laughs online! The Days of Our Lives actor recently shared a new photo of him reading an interesting book to his young daughter, Harper. But don’t worry fans, it was all done in fun and games. Here’s what you need to know.

Brandon, who is best known for his role as Stefan DiMera on Days of Our Lives, shared a photo of him reading Howard Stern’s new book, ‘Howard Stern Comes Again’ to his daughter before bedtime. And as you can imagine little Harper had quite an expression on her face when she reacted to some of the stuff that her father must have read out loud. After all, this is Howard Stern we are talking about. Ha! Brandon captioned the hilarious photo with,

“We mixed things up at bedtime last night. She was into it. #youngestsuperfan #bedtime#story #educate.”

Thank goodness many of Brandon’s fans saw the humor in it and commented on the pic with, “His wife Beth writes children’s books. Might consider one of those a better choice,” and “The look on Harper’s face says it all. Kirstin and Brandon are great parents. That little Princess is loved.”

As many fans know, Brandon shares custody of Harper with his ex-wife, General Hospital actress Kirsten Storms. Even though the couple pulled the plug on their marriage after only a few short years together, they do whatever it takes to make sure that they still stay as a family for the sake of little Harper. As a matter of fact, Kirsten has even said on social media that she and Brandon make quite an effort to have dinner as a family of three on Sunday evenings. You absolutely have to love the dedication that Kirsten and Brandon have for their daughter. They make great co-parenting role models!

In the meantime, let us know your thoughts by leaving us a line below. What do you like to read to your children