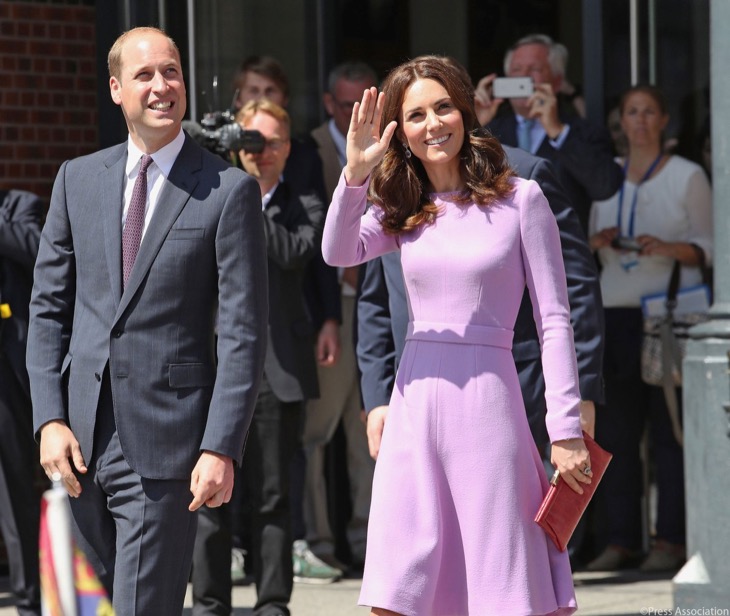 While there’s no doubt that many families have different rules for their children when they travel together, it looks like Prince William and Kate Middleton are no exception. As a matter of fact, there’s a new report that says the Duke and Duchess of Cambridge have taught their kids this little royal insider secret whenever they travel during their state visits. It’s something that William and Kate have done for years and a habit that 5-year-old Prince George and even his little 3-year-old sister Princess Charlotte have picked up on.

Prince George has taken after his father and his left-handed. According to Kate, she found out when Prince George took his first tennis lesson and picked up a racket using his left hand. In addition, it looks like Princess Charlotte is left handed, too. But then again, it might be too early to tell, yet some observers have noticed that she has started to wave with her left hand, which she might have simply picked up from her older brother and father.

Either way, both Prince George and Princess Charlotte have managed to charm their royal fans with the Windsor Wave. Many royal enthusiasts couldn’t get enough of Princess Charlotte and her cuteness when she waved to the crowd outside of the hospital when she was on her way to visit her newborn brother, Prince Louis, back in April.

In the meantime, let us know what you think by leaving us a line with your thoughts in our comments section below. And as always, don’t forget to check back with Celeb Baby Laundry for all the latest news right here!

How to Help Your Little One Get rid of the Pacifier