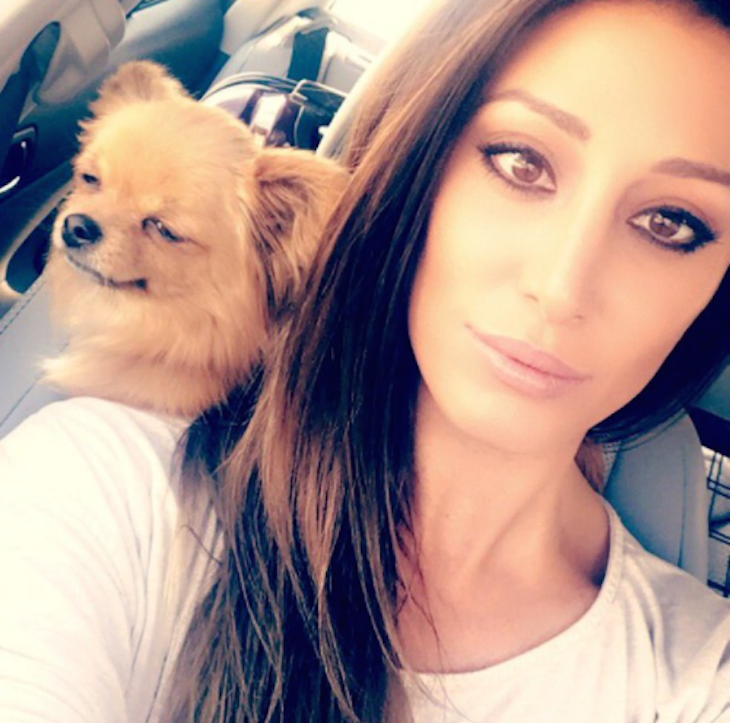 The Bachelor alumni Vienna Girardi is opening up about her high-risk pregnancy. The reality television star also revealed that the identical twins she is expecting are girls. Many fans remember Vienna from Jake Pavelka’s season of The Bachelor back in 2010.

Speaking to Us Weekly, Vienna said that her pregnancy so far hasn’t been easy. In fact, she’s had to make some major changes and adjustments to her lifestyle because her pregnancy is so high risk. And if there’s one thing she doesn’t want to do, it’s put herself or her babies in any kind of danger.

“I can’t really work out because I have a high-risk pregnancy,” the Orlando-based recruiter and television star said. “My first trimester was really difficult because I had no appetite at all.”

If that weren’t enough, Vienna also said that her twin girls are monochorionic diamniotic, which means that the babies share a placenta and can end up fighting for nutrients.

“One baby can potentially take more from the other, so I have monitoring every two weeks,” Vienna said. “The moment doctors see one growing bigger, there’s a surgery they can do.”

And even though she is worried about her medical issues, Vienna is still looking forward to the day she gets to see her twin daughters for the very first time.

She explained, “Honestly, I wanted girls. I thought they were boys until I started picking out nurseries. put pictures side by side and I looked at them and realized I picked out seven girl nurseries! It was psychological.”

Stay tuned with CBL for all the latest news and updates on Vienna Girardi and all of your favorite celebrity moms and parents right here.

Why Having Twins is Easier than Just One

Why You Shouldn’t Buy Two of Everything For Twins