David Beckham’s Daughter Harper is Following in his Footsteps. 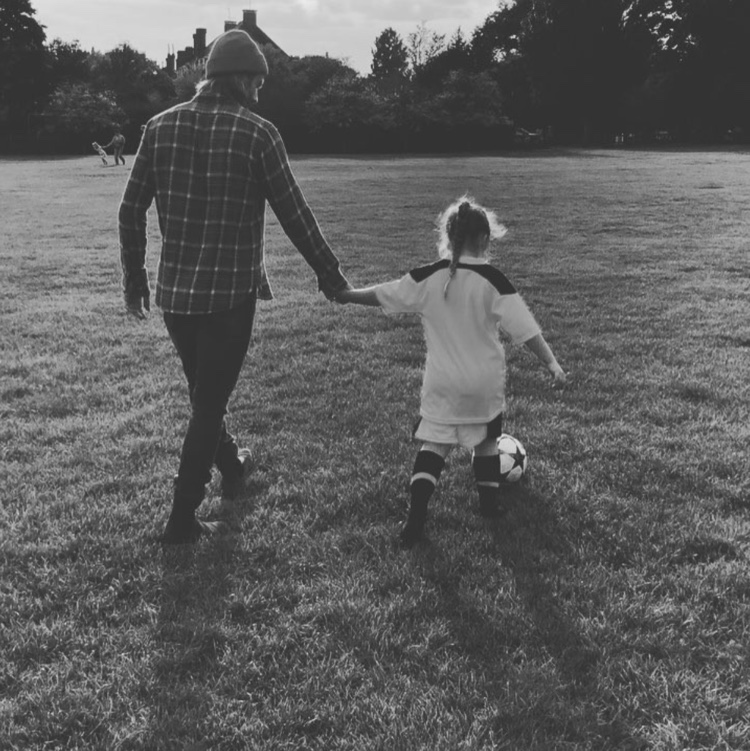 David Beckham‘s daughter Harper is following in his footsteps.

The soccer star took to Instagram to share a couple of videos of him and his daughter on a soccer field.

“Someone’s ready for her first football lesson ❤️ ⚽️,“ he captioned the first video on Thursday.

In a second video, Beckham can be seen helping the 6-year-old with her skills.

David recently spoke of his special bond with his youngest child and only daughter.

“Having children is the most special thing in the world,” he insisted during a Facebook live on his page. “You don’t love any of them more than any of the others. It’s just different, you know. The boys are very protective over [Harper] and, obviously, so am I.”

David and his wife Victoria are also parents to sons Brooklyn, Romeo, and Cruz.