Victoria Beckham Gets Emotional As Son Brooklyn Leaves For College 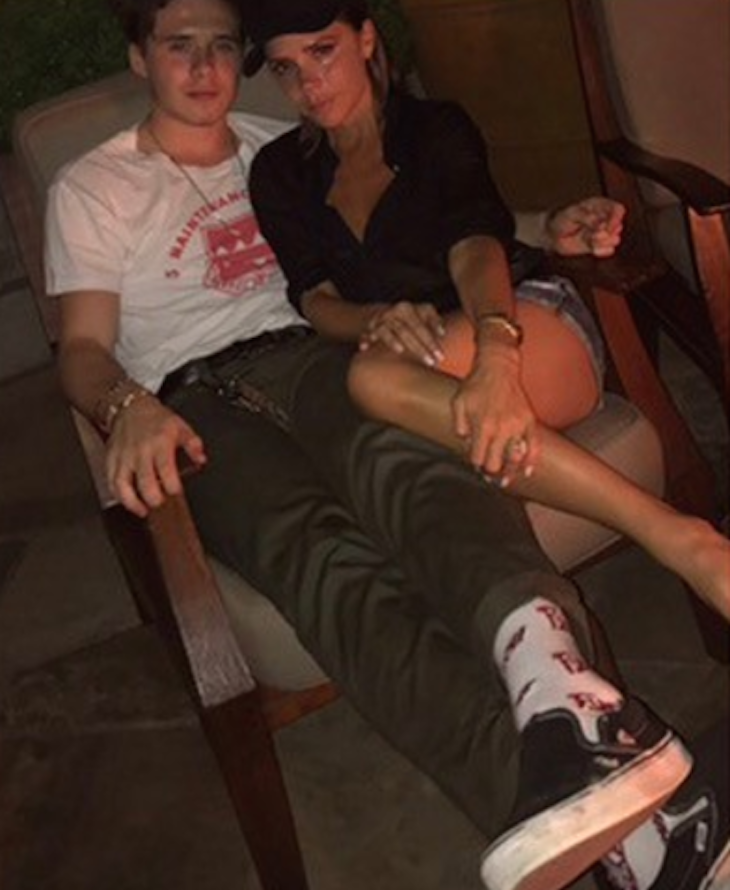 Victoria Beckham is by far one of the biggest names in the entertainment world. After all, millions of her fans remember as Posh Spice during her Spice Girls days. She’s also managed to make a name for herself in the fashion industry as a top tier designer. But at home, Victoria takes pride in her most important role yet, and that’s as a mom. The celebrity mother-of-four recently admitted that she got pretty emotional over sending off her oldest son, Brooklyn, to college.

Victoria shared a photo of her and Brooklyn enjoying a little mother and son quality time before he heads off to New York City to start college next month. She captioned her photo with, “We are all so proud of you Brooklyn. Amazing A level results and off to college. We love you so much and will miss you. #yesiamcrying #emotional x”

Luckily, Victoria still has her three small children at home with her – her two sons Romeo and Cruz and her 6-year-old daughter, Harper Seven. According to Brooklyn though, he said that his mother wasn’t too happy over his decision to study in the Big Apple. She wanted him to stay in London to be closer to their family. Victoria, like many mothers in her situation, is worried that she won’t be there when he’s going to need her the most, especially during his first year in college.

Brooklyn told GQ Magazine in an interview, “I’m nervous, and my mum’s upset about me leaving, but it’s really exciting. I kind of live in the moment. I don’t think people in New York will annoy me, and I feel like when I go there, I’ll meet lifelong friends. Stuff like that.”

In the meantime, don’t forget to check back with CBL for all the latest news and updates on Victoria Beckham and all of your favorite celebrity moms right here!

Lisa Edelstein Opens Up About Being A Stepmom