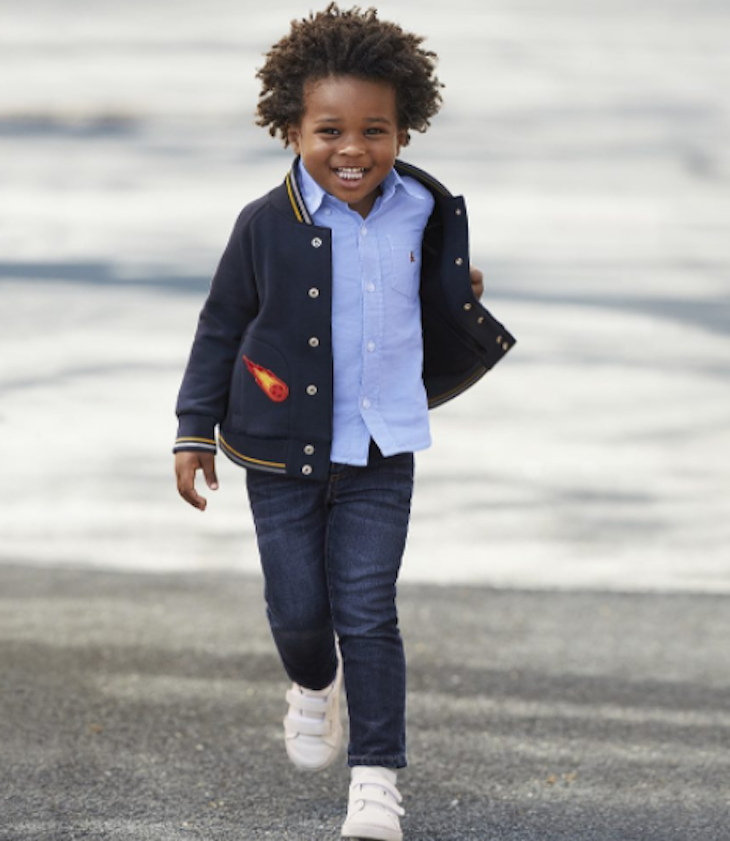 There’s no doubting where this little tot got his good genes from! Chart topper Ciara has shared that her 3-year-old son Future Zahir. is now a Gap model. The young toddler just made his debut in his very first Gap ad this week.

Proud mom Ciara shared the news on her Instagram account with her fans along with a photo from the ad. Little Future can be seen smiling while wearing a pair of dark jeans, a matching jacket and a light-blue oxford shirt and a pair of white sneakers.

Ciara captioned her post with, “Waking up in Beijing to see my little nugget on the front page of Gap.com! Holding back these happy tears! I’m so proud. Future Zahir has booked his first commercial campaign with #GapKids! I’m honestly speechless….Dreams Do Come True! #Back2School.”

Ciara shares her son Future Zahir with her former fiancé, rapper Future. She welcomed her second child, daughter Sienna Princess, back in April with her current husband Russell Wilson.

During an interview with Essence Magazine back in 2016, Ciara opened up about motherhood and how focusing on her son Future Zahir has made her stronger both as a person and a mother. She pulled the plug on her engagement to his father Future back in 2014.

Speaking about the failed engagement she said, “That wasn’t necessarily part of my vision. But the moment I realized I was going to be a single mother, I had to reflect and reorganize my thoughts.”

Thankfully, Ciara found Russell. And according to her, he’s the kind of man that she’s been looking for her entire life.

She told the publication, “I remember telling my friend the kind of guy I wanted: a God-fearing man with a very fun spirit who loves kids and would really, truly care for me. I believe in family, and the beauty of two people committing to spend their lives together.”