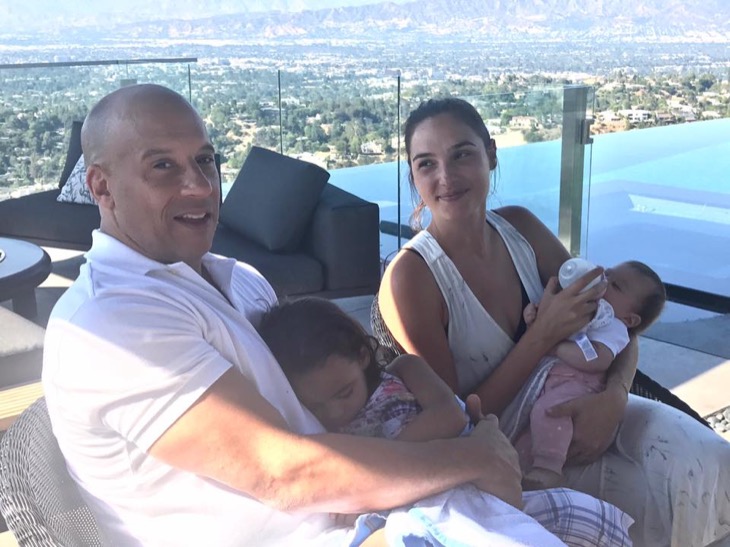 Vin Diesel and Gal Gadot might be good friends and co-stars, but it looks like their daughters are even closer! The two Hollywood actors recently shared an adorable photo of their children enjoying a sweet play date together.

Gal can be seen feeding her 3-month-old daughter Maya while Vin is snuggling with his 2-year-old daughter, Pauline. Vin shared the pic on his social media accounts and captioned it with, “When we aren’t playing superheroes… All love.” The post has so far gotten over 1.6 million likes.

Vin and Gal have been working together for years now. They starred in the ‘Fast & the Furious’ fourth, fifth, and sixth movies. Gal plays Gisele Yashar while Vin Diesel has been playing Dominic Toretto since the franchise’s first film in 2001.

Gal welcomed her daughter Maya earlier this year with her husband, Yaron Versano. Vin, meanwhile, has two more children with his long-term partner, Paloma Jimenez. They have a 9-year-old daughter, Similche and 6-year-old son, Vincent.

Serena Williams Opens Up About Her Surprise Pregnancy