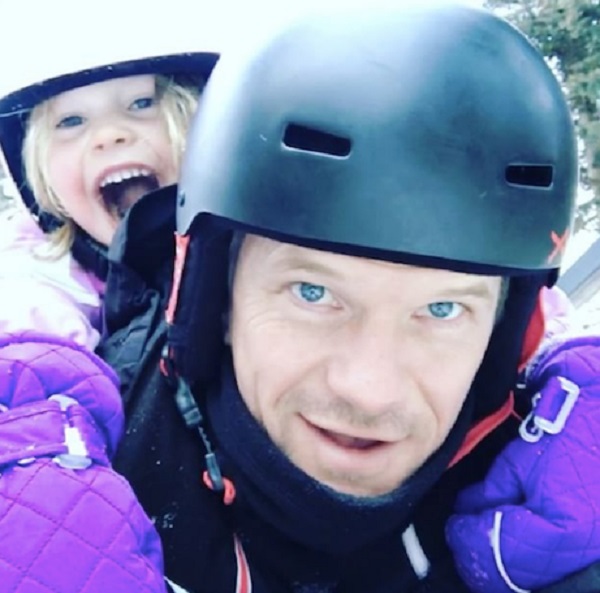 Neil Patrick Harris and his family are vacationing in Colorado and it looks like they are having a blast on the snowy trails!

Former “How I Met Your Mother” star Neil Patrick Harris and his husband David Burtka are the proud parents of two adorable 6 year old twins, Harper and Gideon.

Neil, David, and the twins have been on what appears to be a whirlwind adventure.  They spent the holidays in Hawaii, and hit up Disney, now they are skiing and snow-tubing in Telluride, Colorado.

Neil Patrick Harris loves to share his snapshots from their family vacations on Instagram with his fans and followers, and this week he did not disappoint.  Harris uploaded an awesome photo of himself and daughter Harper flying down the mountain on a tube.

Can Neil Patrick Harris and David Burtka just adopt us already?  It seems like there’s never a dull moment with their adorable family.

Neil is going to have to take a break from hanging out with the twins and his hubby though.  News broke this week that Harris has signed on to a new TV series, Netflix’s remake of “A Series Of Unfortunate Events.”

Neil will be playing the part of Olaf. He recently dished on the role, “It’s fun because as a bad guy in this I also look nothing like myself … I could be as awful as I could possibly be.  Since Olaf is just horrible, it freed me up to just be awful times 10. So it was super fun.  I was just awful. Awful, awful, awful.”

Haylie Duff Takes A Selfie With Her “Bestie” Ryan Ava