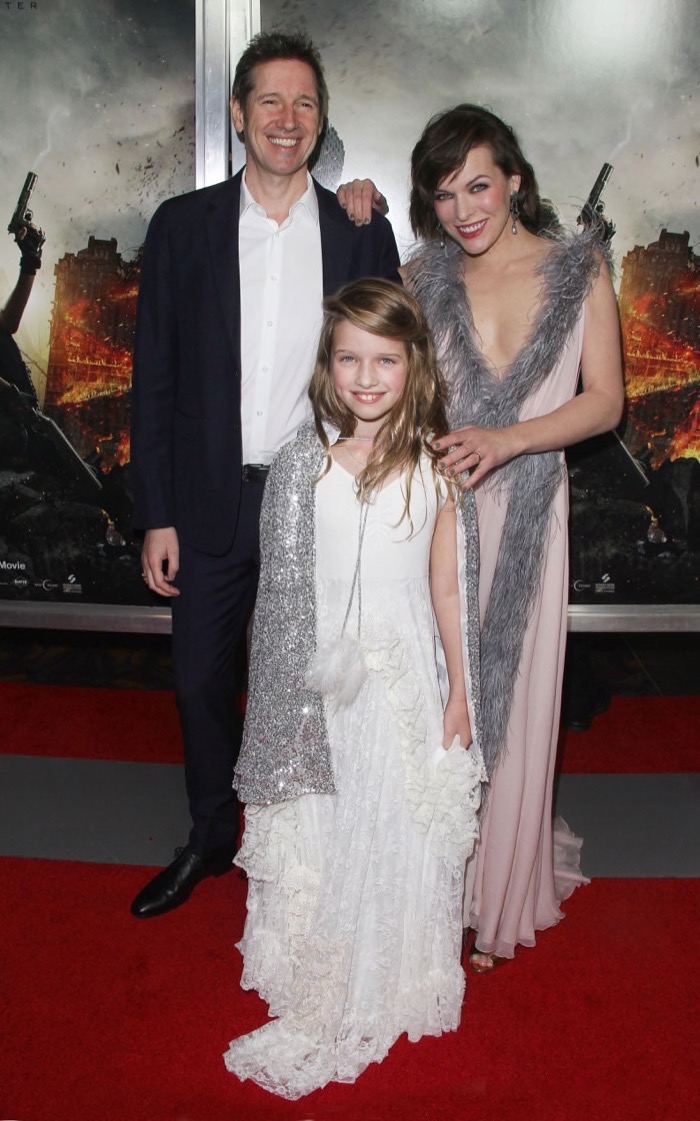 Milla Jovovich, her husband Paul W. S. Anderson and their daughter Ever walked the red carpet of the Resident Evil: The Final Chapter premiere at Regal Cinemas in Los Angeles, CA on Monday (Jan. 23).

The actress who plays the lead role of Alice in the horror film was dressed in a pink sleeveless gown featuring a feathered trim. She posed for pictures next a dapper looking Anderson and Ever who wore a white lace gown.

“You are all going to flip out on the many layered performance she so naturally plays in this film. She’s a real talent. And nothing makes me happier in the world than to know that my baby has found her passion in life,” Jovovich told reporters.

The married couple are also parents to 21-month-old daughter Dashiel.

Milla Jovovich Takes Her Daughters Ever and Dashiel To Paris