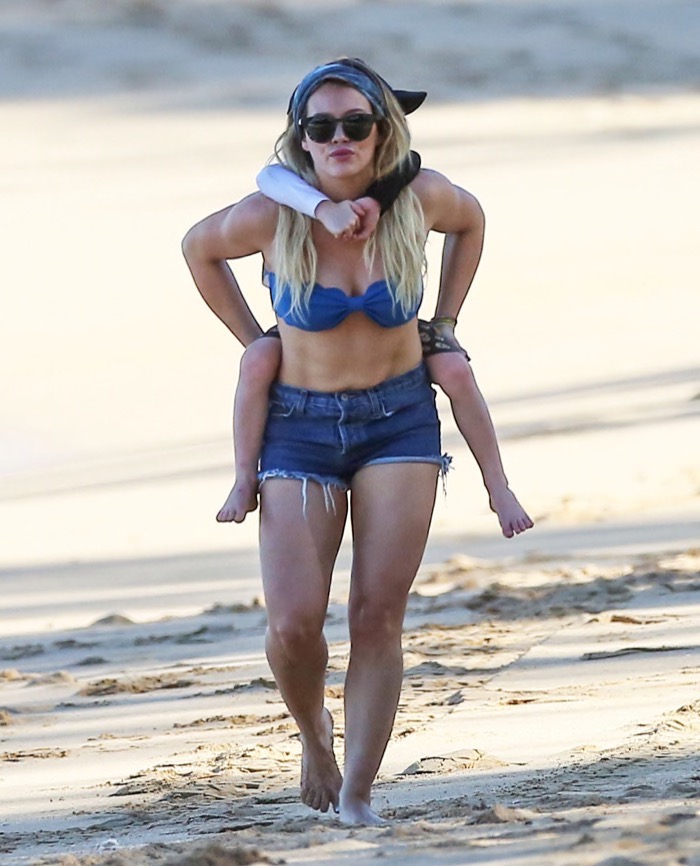 Hilary Duff enjoyed a day with her son Luca Comrie at the beach while vacationing in Hawaii on Monday (January 2).

The Younger actress was dressed in a blue strapless bikini top and cut-0ff shorts. She played in the sand with the youngster before giving him a piggyback ride up the beach.

While appearing on The Talk recently, Duff revealed that she thinks she was too young when she married ex-husband Mike Comrie.

Duff explained that in her early 20s, she had “so much so young” which made her “feel really ready to get married.”

“I was 22 when I got married. I’m now divorced, I have a 4-year-old — I wouldn’t change any of it for the world,” Duff admitted. “However, I don’t think we were mature enough to stick it out.”

The singer married Comrie in 2010. They divorced in February of this year.