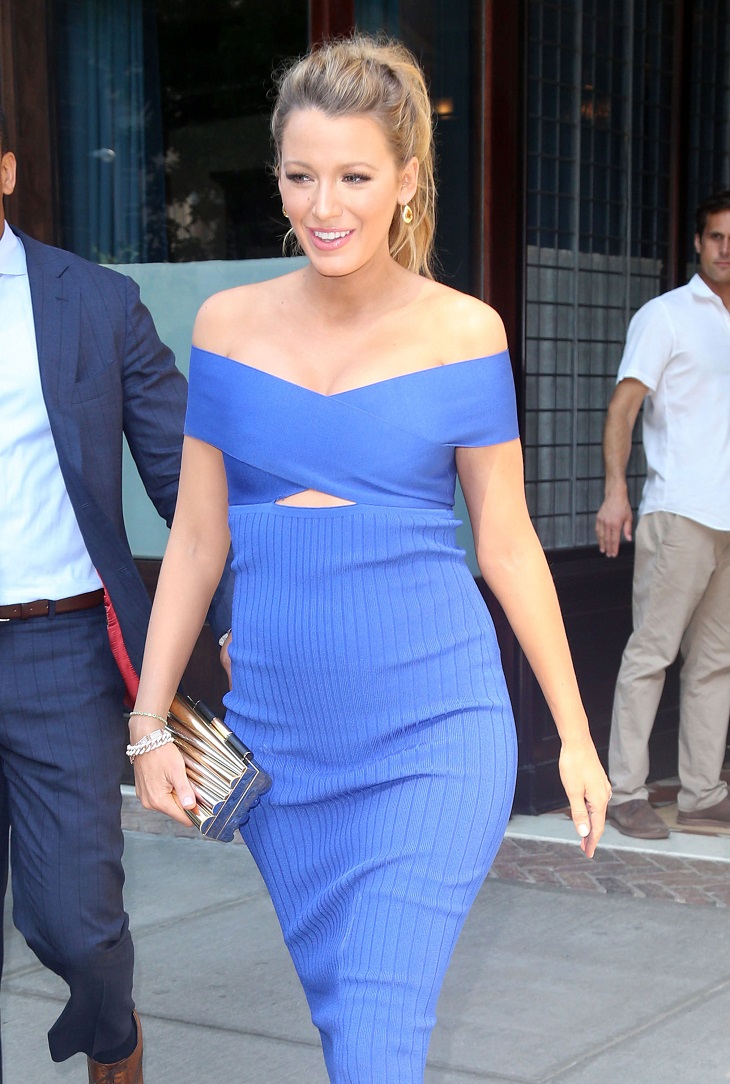 Pregnant Blake Lively was spotted out shopping with her husband Ryan Reynolds in New York City on Monday June 20.  The ‘Shallows’ actress wowed onlookers in a royal blue dress, with her growing baby bump on full display.

Blake Lively and Ryan Reynolds confirmed in April 2016 that baby number two was on the way.  Blake and Ryan met on the set of the ‘Green Lantern,’ back in 2010.  They were married in 2012, and their first child, a baby girl named James was born in December 2014.  Now, James is going to be a big sister!

This week Blake Lively appeared on the Today Show to promote her new movie release, ‘The Shallows.’  Of course, Blake’s growing baby bump came up in conversation and she revealed that she and Ryan both want to have a large family.

The former ‘Gossip Girl’ dished, “I’m one of five kids. My husband is one of four, so we’re officially breeders.  You can go on our website and we will give you some of our children.”  (That’s sarcasm guys, you can’t really go online and order a Blake and Ryan baby.

Blake also raved about her adorable toddler James, Lively revealed, “She’s always doing something fun and exciting.  She’s the most fun, funny human being I’ve ever been around in my life.”

Blake Lively certainly has a fabulous maternity wardrobe. What do you think of her bold pregnancy fashion?  Share your thoughts in the comments below!