Lauren Silverman Has Lunch With Son Adam In NYC 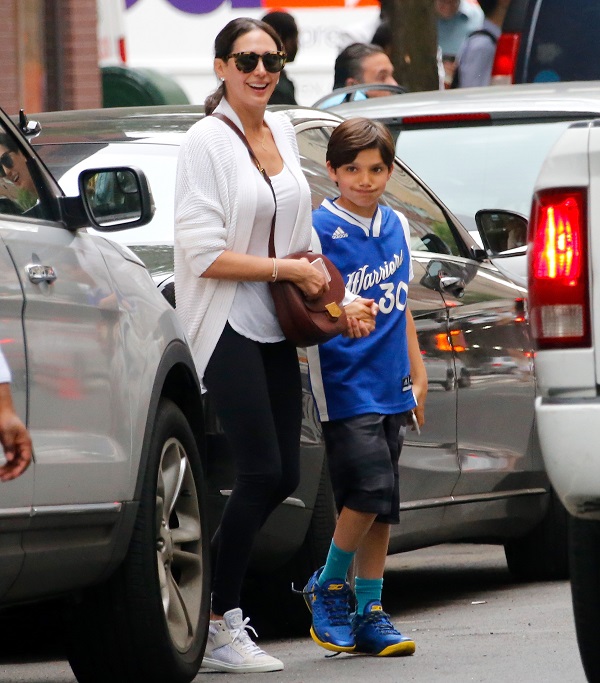 Lauren Silverman was spotted out and about, in the Upper East Side of New York City on June 16.  Siverman had a hot lunch date at Amaranth Restuarant, with her son Adam.  What a sweet mommy and son date!

Lauren spent some quality time with her 10 year old son Adam, his little brother Eric Cowell was nowhere in sight.  Lauren began dating America’s Got Talent judge (formerly of X-Factor and American Idol) Simon Cowell in 2013, she already had her son Adam from a previous relationship. 2 year old Eric Cowell was born on February 14, 2014.

When Lauren Silverman isn’t taking care of her two growing boys and spending quality time with them, she is busy supporting her very busy partner Simon Cowell.  Earlier this month, Lauren stepped in for Simon on his behalf at a charity event.

Simon Cowell was set to host the Together For Short Lives Midsummer Ball on June 1, the America’s Got Talent judge had to pull out of the event at the last minute due to illness.  Simon has been the Patron of the charity since 2009, his rep confirmed that he was bed-ridden with the flu and would be unable to attend.  Busy mom Lauren Silverman strapped on her black evening gown and headed to the event by herself and stood in for Simon.  She did an amazing job too!