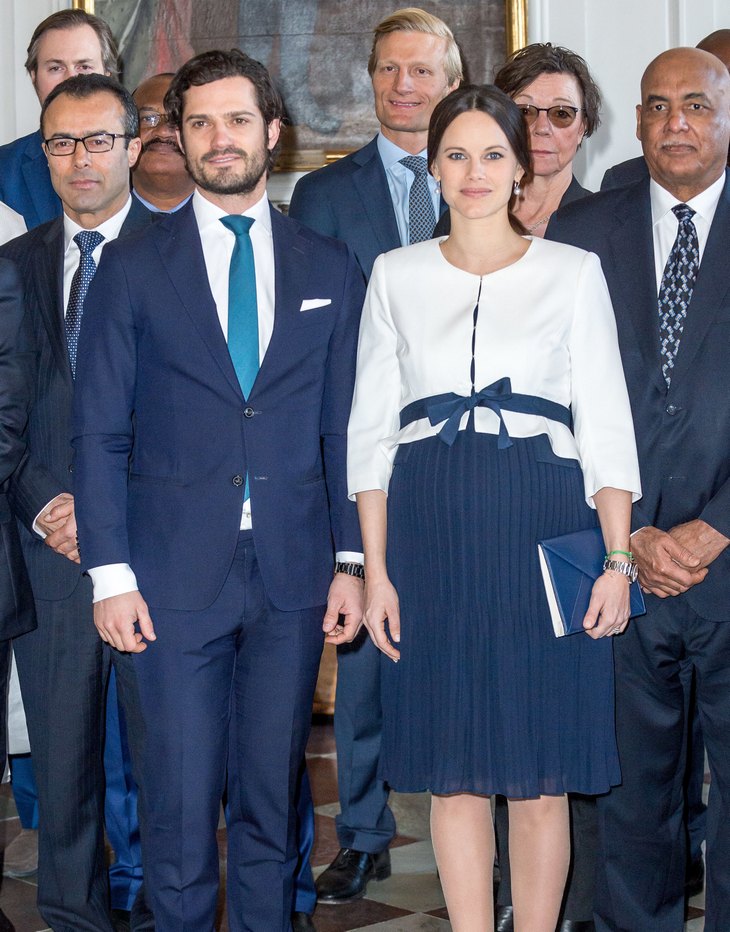 Move over Princess Charlotte, there is a new royal baby in town! Princess Sofia and Prince Carl Philip have welcomed their first royal baby and it’s a boy!

Princess Sofia and Prince Carl Philip are the new Kate Middleton and Prince William. The Swedish royal couple have soared to new heights in popularity, and have a following that rivals the Duke and Duchess of Cambridge. Today, Tuesday April 19, the royals welcomed their first child. According to an official statement from Sweden’s Royal Palace, “Princess Sofia gave birth to a healthy and prosperous child on Tuesday, April 19 at 6:25 p.m. Both mother and child are doing well.”

Princess Sofia’s pregnancy was announced in October 2015 and the royal’s maternity style was a huge hit with her fans. Sofia married and her prince were married at the Royal Palace of Stockholm’s Royal Chapel in June 2015. The Duchess of Värmland wore a stunning lace dress with matching veil that accented her transition from former model to royal.

Following the birth of Princess Sofia and Prince Carl Philip’s baby, Sweden’s royal palace released very little detail. The official word is the baby boy weighed in at 7 lbs., 9 oz. and is 19.3 inches long. The proud father and Prince stated, “For me and my wife, this is obviously a great day with a lot of emotion,” he said brimming with emotion. “Words cannot describe.” Prince Carl Philip also revealed he cut the umbilical cord himself and the tiny tot has dark hair.

I bet the Swedish royal baby is absolutely adorable! Congratulations to the new royal mommy and daddy! Share your well-wishes and kind thoughts for the couple in the comment section below.