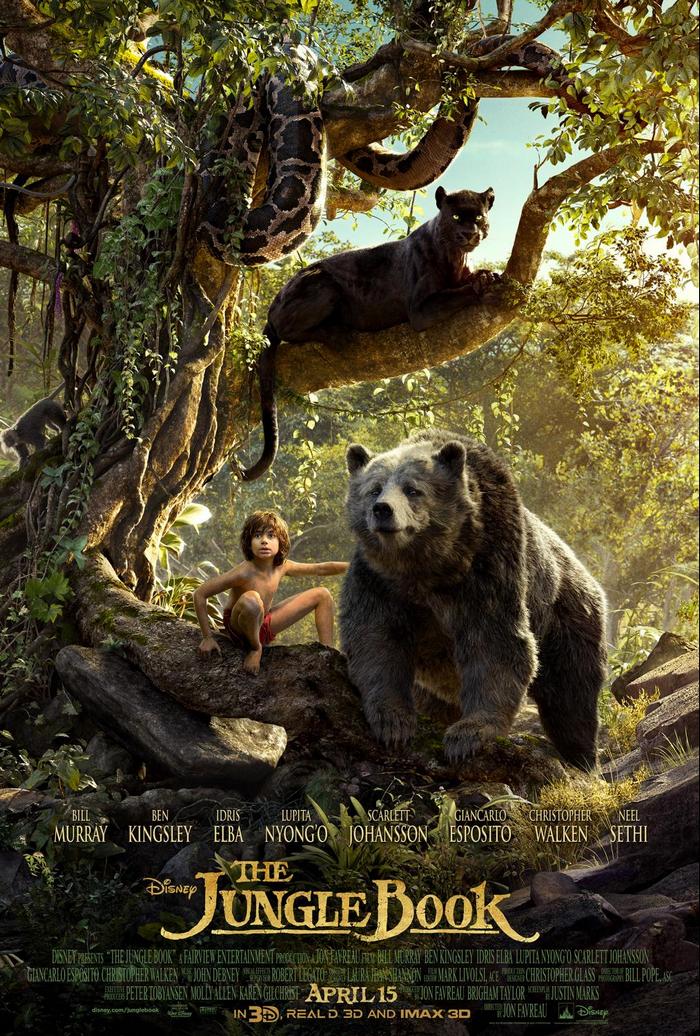 Disney has released fresh, new clips for the upcoming retelling of ‘The Jungle Book.’ The iconic story was originally brought to film courtesy of Disney’s talented animators. Now, ‘The Jungle Book’ is getting a makeover thanks to advancements in technology.

Jon Favreau, the guy brought ‘Iron Man’ to the silver screen, has rebooted the classic tale by Rudyard Kipling, directed the new version of the story using the talents of Scarlett Johansson, Bill Murray, Lupita Nyong’o, and Idris Elba. Jon addressed the challenge of the film that combined voices, humans, animated animals, and the talking factor into the movie. “The 1967 movie draws you in,” Favreau explained, before addressing the complications. “How do we get kid in, and how do we get the animal to talk — those were the two big challenges.”

Jon revealed the trick was making everything understated. “It was done on a shot by shot basis. There are certain animals that talk well. Other ones, it’s harder. A snake is harder, because you don’t want to make it move in the way required to make the sound. So, we always erred on the side of subtly. Plus, we’re really smart about the camera angle, lighting, and where the camera is. Look at ‘Bambi ‘again,” Jon suggested to pick up on techniques Disney has used for decades. “You’ll notice a lot of the time the camera is not on who’s talking. If the animals don’t look like they’re talking, the movie doesn’t work.”

How interesting! I am totally going to watch both movies with my kids now. What is your favorite Disney movie? Is there a film you hope gets a reboot in the future? Let us know your thoughts in the comment section below.

How to Breastfeed Twins – 5 Tips to Success