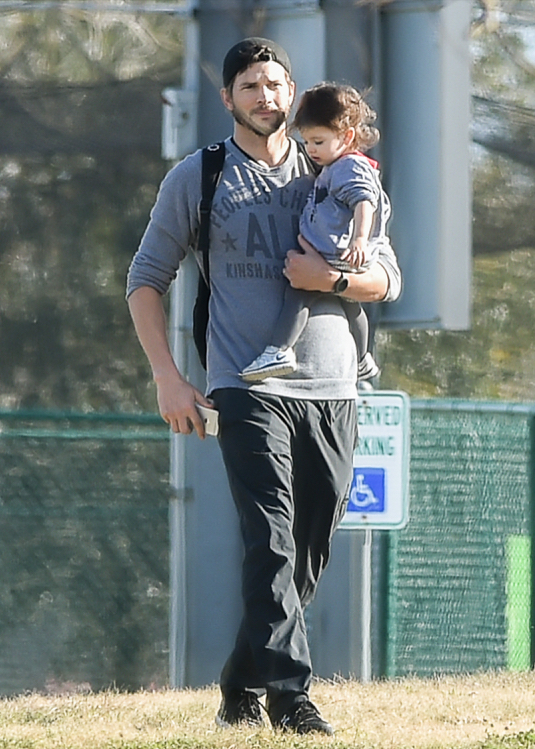 Ashton Kutcher was seen playing at the park with his daughter Wyatt in New Orleans, LA on Monday (Jan. 25).

The Two and a half Men actor was dressed casually in a grey sweater and black pants with running shoes. He looked like a big kid as he laughed and played with his daughter. The pair even slid down the park slide a couple of times.

Kutcher and Wyatt are spending some extra father-daughter time together as his wife Mila Kunis films an upcoming movie in the state.

In October, Kutcher took to Facebook to vent about the lack of baby-changing facilities in men’s public bathrooms.

“There are NEVER diaper changing stations in mens public restrooms,” he wrote.“The first public men’s room that I go into that has one gets a free shout out on my FB page! ‪#‎BeTheChange”

His message resonated with Facebook users. The post was widely liked and shared across the social network.

Kutcher and Kunis married in 2015 and welcomed their daughter in 2014.

Tom Brady: Losing is Okay When You’re Surrounded By Love

9 Ways to Boost Your Fertility