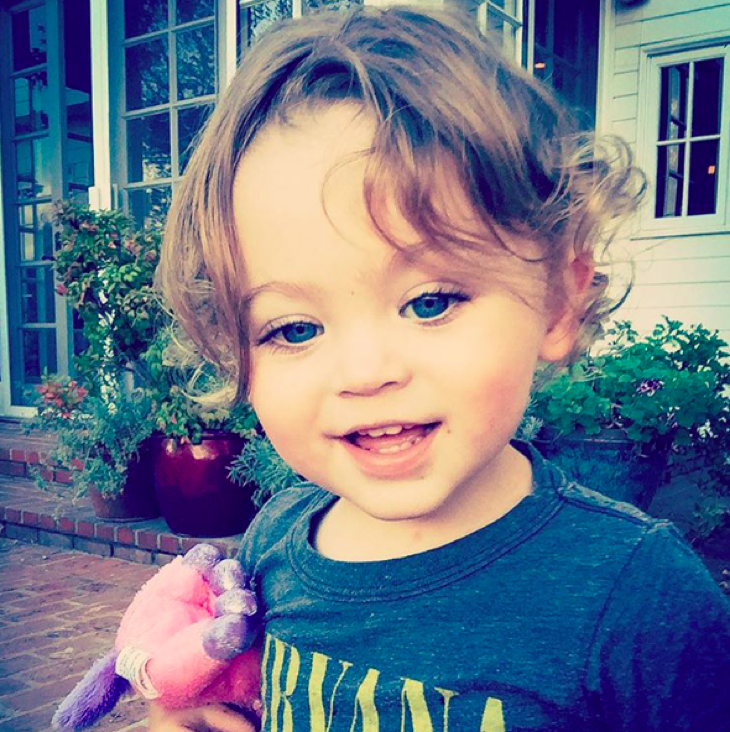 Megan Fox shared a rare photo of her handsome baby boy Bhodi Ransom Green on Instagram on October 14th – and the internet is still going crazy over how adorable he is! While some celebs’ kids get more press than their famous parents these days and the internet is saturated with photos of them – Megan Fox has made obvious attempts to keep her kids out of the limelight. The actress has two sons with Brian Austin Green: Noah Shannon (3 years old) and Bhodi Ransom (1 year old).

On October 14th Megan Fox shared a photo of Bhodi Ransom – one of less than half a dozen that have hit the internet since he was born in February 2014. The last time any photos of Bhodi were shared with the public was back in January 2015. Megan captioned the rare photo of her happy baby boy, “Bhodi: Stunner. Clown. Unicorn.” The tiny tot is sporting some adorable light brown curls, the biggest blue eyes we have ever saw, toting around a stuffed unicorn, all while wearing a Nirvana shirt. One thing is for sure, Megan Fox makes pretty babies!

Megan Fox and Bhodi’s father Brian Austin Green separated in June 2015, after a nearly decade long relationship, Megan filed for divorce in August 2015. However, Megan and Brian have mastered the art of co-parenting, and both reportedly ironed out a joint-custody agreement. According to E! Online, Megan and Brian have been on good terms since they filed for divorce, and have been spotted out on more than one occasion with their two sons – taking them to the playground and on other family outings.

Check out Bhodi Ransom’s picture, and feel free to comment on his ridiculous cuteness in the comments below!