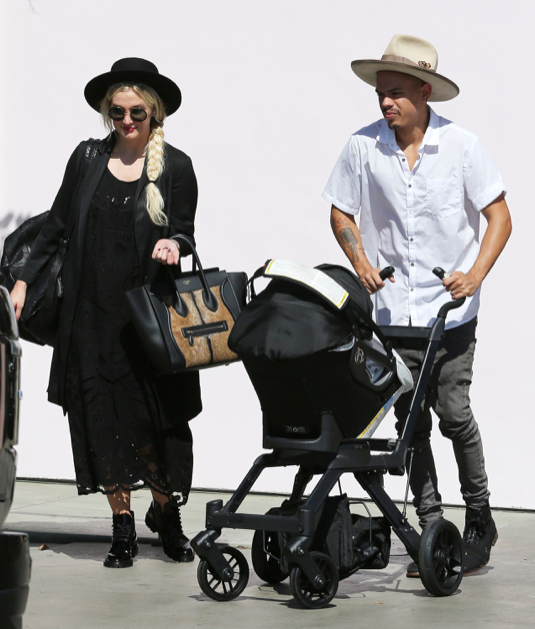 Ashlee Simpson and Evan Ross were photographed heading to lunch with their daughter Jagger at The Ivy in Santa Monica, CA on Wednesday (Oct. 7).

The singer was dressed in long black blazer and a lace dress that she paired with boots. She juggled two huge bags while Ross pushed their daughter in a stroller.

In September, the couple took to Instagram to share the first picture of their baby girl with the world.

Jagger Snow Ross !! We love her so much!!! She is beyond everything!!! I have the best baby daddy @realevanross In the world. Love you

This is the first child for Ross but the second for Simpson, who already has six-year-old son Bronx with ex-husband Pete Wentz.

The couple began dating in June 2013 and became engaged in January 2014.

They married in August 2014 at Diana Ross‘s estate in Connecticut.

Ashton Kutcher Gets a Special Visit on Set

Chris Martin Soaks Up The Malibu Sun With Moses