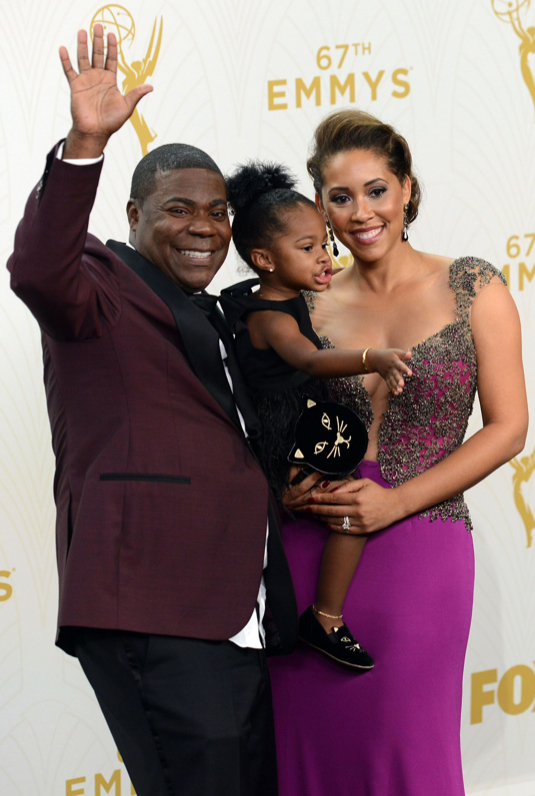 Tracy Morgan was joined by his wife Megan Wollover and their two-year-old daughter Maven at the 67th Annual Primetime Emmy Awards in Los Angeles, CA on Sunday night (Sept. 20).

In the press room, he looked dapper in a burgundy jacket and black dress pants. His wife looked beautiful in a purple gown while she held their daughter as they posed for photos.

The comedian surprised viewers of the award show when he made his first official appearance, just one year after surviving a deadly car crash. He appeared on stage to announce the Best Drama category.

“Thank you so much. I miss you guys so much,” he tearfully said. “Last year Jimmy Kimmel said on this stage, ‘We’ll see you back on this stage next year, Tracy Morgan.’ Well, Jimmy, thanks to my amazing doctors, and the support of my family and beautiful wife, I’m here. Standing on my own two feet.”

Last month, Morgan and his wife married in a emotional ceremony in New Jersey.

They welcomed their baby girl in July 2013.