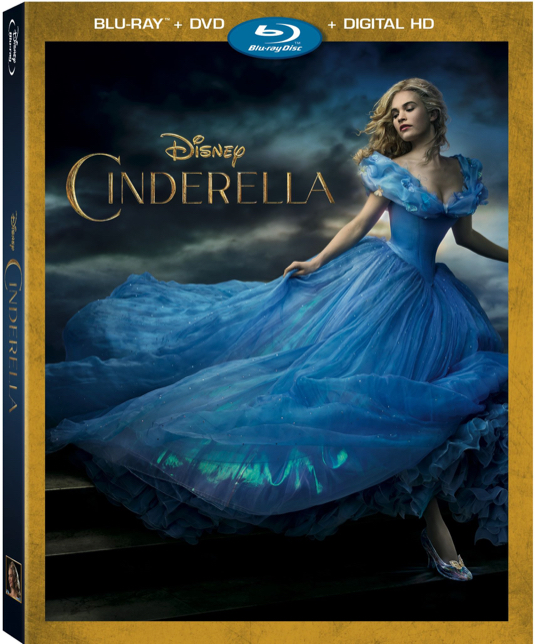 A timeless and classic tale comes to life in Disney‘s live-action film, Cinderella on Blu-Ray and DVD now. The original animated film is arguably the most iconic of the studio and has inspired the imagination of little girls for decades. I was one of those girls growing up and now I have a daughter who not only loves Cinderella, but all the other princesses that followed in her footsteps. For that reason, I was really looking forward to previewing this film with my 4-year-daughter. I also loved Maleficent, Disney‘s last live-action take on Sleeping Beauty. 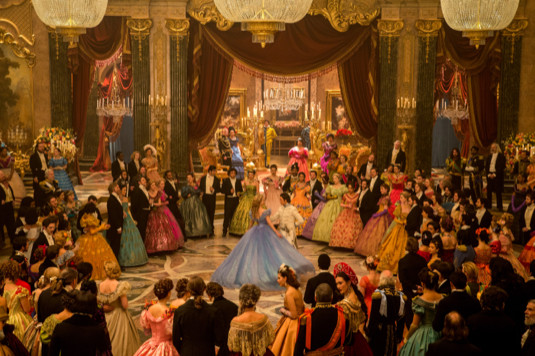 The first thing one notices when watching Cinderella is it’s impressive cinematography. The beauty in this film left me breathless and gave the whole movie a magical feeling. Watching the film was like witnessing a beautiful painting come to life. I also appreciated the intrinsic costumes and anyone who loves period dress will fall in love with gowns in this film. 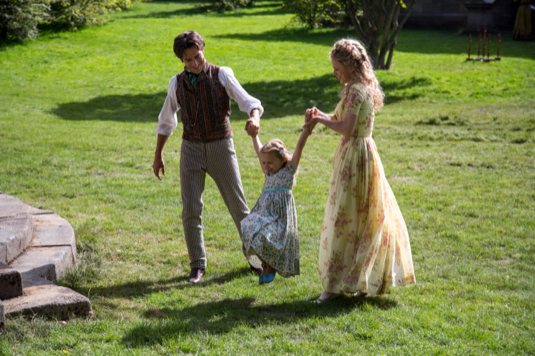 Unlike Maleficent, the story of this modern Cinderella doesn’t veer to far from the original tale. Viewers are actually given more depth when it comes to the back-story of Cinderella’s life. In the beginning of the film, we meet a young Cinderella who’s actual name is Ella. She is adored by both her parents and we see how this shapes her kind character. On her mother’s death bed, she leaves Ella with an important message: “Have courage and be kind”. Ella comes to live her life following the advice of her mother and it’s constant theme in the film. 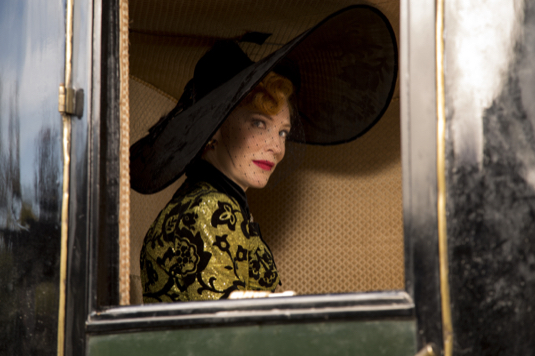 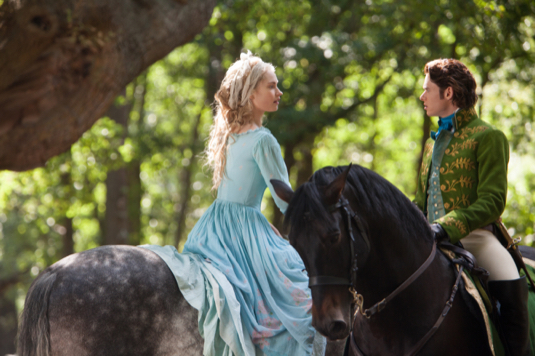 Ella remains kind throughout the abuse and hopes her future will be different. After losing all faith in her life, Ella takes a horse and rides through the forest where she meets the prince. Although, she believes he is a normal man. This chance meeting gives Ella the hope she needs to continue and she dreams of seeing the ‘apprentice’ she met in the woods again. 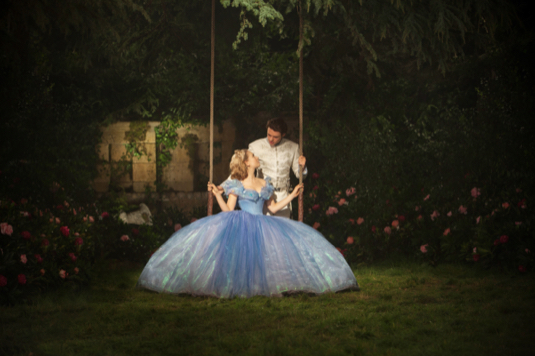 I don’t want to give away too much more of the film, but the story stays relatively true to the original at this point. We meet Ella’s fairy god-mother and she attends the ball under a magical disguise. She learns the prince is the apprentice she met and they continue to fall in love. I must say the scene where Ella and the prince are alone in a garden is my favorite. It’s absolutely beautiful! I believe the studio was trying to evoke the same feeling from the famous painting, “The Swing” by Jean-Honore Fragonard. This painting also makes an appearance in Frozen. 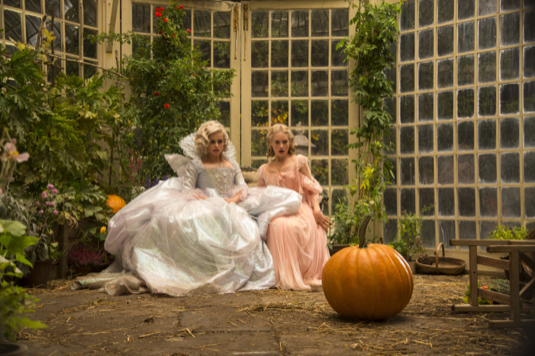 Lily James who plays Ella is successful in her role and portrays Cinderella in a way you would imagine her to be. James truly exuded the innocence and kindness of Cinderella in her acting. I would say the two standout performances in the film were Cate Blanchett as the step-mother and Helena Bonham-Carter as the fairy-godmother.

Frozen Fever – It’s Anna’s birthday, and Elsa and Kristoff are determined to give her the best celebration ever – but when Elsa catches a cold, her powers may put more than just the party at risk.

A Fairy Tale Comes to Life – Filmmakers and cast reflect on Cinderella’s enduring power, and the joys and challenges of bringing this iconic tale to life.

Costume Test Fun – See the work of Academy Award-winning® Costume Designer Sandy Powell (The Aviator, 2004) and share some lighthearted moments with the cast.

Staging The Ball – You’re invited behind the scenes for the making of the Palace Ball sequence, including its spectacular set, stunning costumes and more. It’s a lavish and massive undertaking…and a magical day on set.

Alternate Opening: Ella’s Childhood – View moments from Ella’s idyllic childhood that do not appear in the movie. With an introduction by Director Kenneth Branagh.

You can purchase a copy of Disney’s Cinderella: Blu-ray Combo Pack at Amazon

Fergie & Josh Duhamel Have a Funday With Axl