Mariah Carey has a Beach Day with her Twins 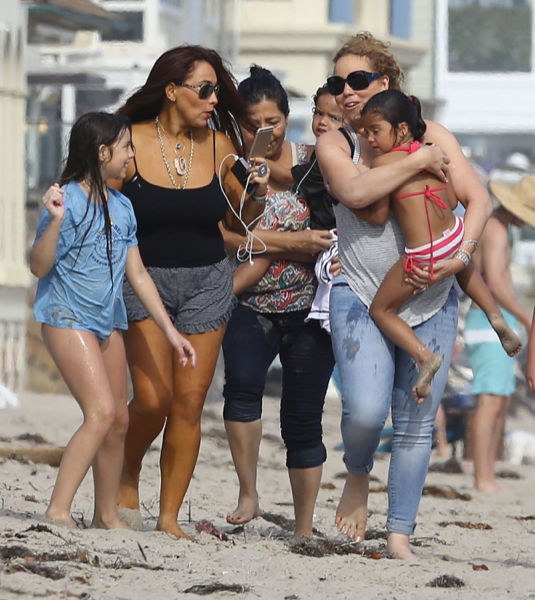 Mariah Carey was photographed enjoying a day on the beach with her twins Monroe and Moroccan in Malibu, CA on Sunday (August 2).

The singer was dressed casually in a grey tank top and jeans that were folded at the ankles. The youngster played in the ocean while Carey watched.

She then carried Monroe around the beach while laughing with friends.

Carey has been spotted vacationing with her new boyfriend billionaire James Packer, in recent weeks.  He was not present for the day of fun because he is currently take care of business in his home country of Australia.

In other news, the Grammy winner is set to make her directorial debut on the Hallmark Channel’s Mariah Carey’s Christmas Project, which will start shooting in October and screen in December as part of the network’s Countdown to Christmas.

Carey will also costar in the holiday movie, which marks her first acting role since 2013’s The Butler.