Hilary Duff Picks Up Groceries With her Favorite Man 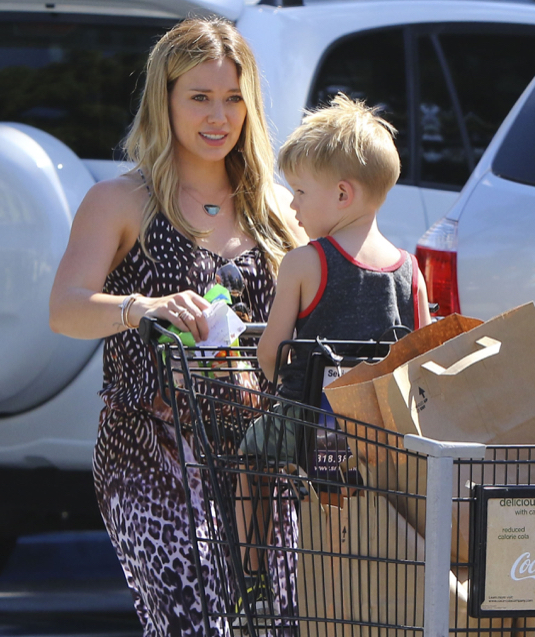 Hilary Duff and her son Luca were seen grocery shopping at Ralph’s in Studio City, CA on Tuesday (Aug. 4).
The Younger actress was dressed in an animal print dress as she pushed Luca and their groceries in a cart. Luca had fun making funny faces at the photo takers.
Duff recently sat down with Pride Source and explained how there are some people who still only refer to her as Lizzie McGuire.

“As torturous as it has been at some points in my life to be Lizzie McGuire, I think that when that show came out, it was such a part of who I was, I didn’t feel like I was playing a part,” she said. “The writers all knew me so well and were writing things that were happening in my life and things that I would say, and I was dressing exactly like I wanted. It was so me.”

In other news, Younger is set to return for a second season on TV Land in January of 2016.
Image Credit: Fame/Flynet
Continue Reading