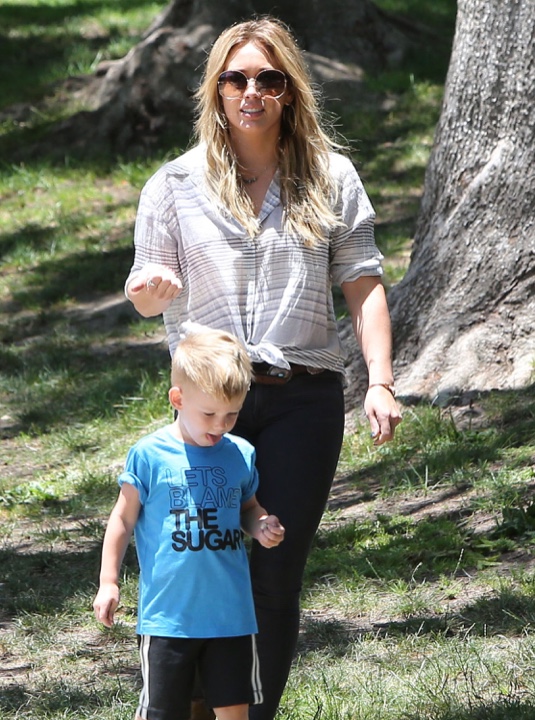 Hilary Duff was photographed enjoying a day with her son Luca at Coldwater Canyon Park in Beverly Hills, CA on Saturday (July 11).

The Younger actress was dressed in a striped blouse and black jeans with booties while heading to the park. She slid down a slide and played with Luca on bouncy animals.

In a recent interview with the Toronto Sun, Duff said her new album touches on her split with husband Mike Comrie and her emotions since.

“My record is personal and explains stuff but nothing negative really. And I’m not trying to make it seem like it was easy but we’re both doing great. (The songs are) about new experiences that I’ve had over the past two years, stuff about my marriage, party songs that are more fun, songs that you want to put on when you’re in your car, songs about finding yourself and your confidence and your strength and knowing your self-worth. It’s a bit of a mixed bag but it’s all pretty personal,” she told.

Duff announced her separation from Comrie last year. She filed for divorce this year seeking primary custody of their three-year-old son.

How To See More Characters In Disneyland