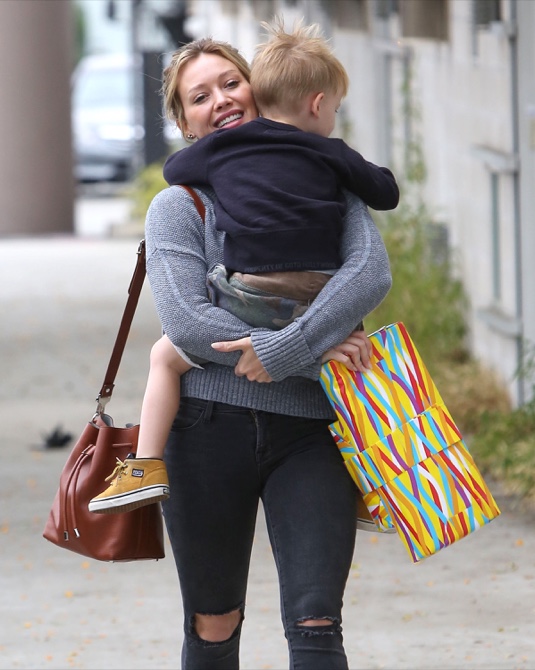 Hilary Duff was photographed taking her son Luca to a birthday party in West Hollywood, CA on Saturday (June 13).

The Younger actress was dressed in a grey sweater and ripped jeans with booties. She smiled happily while carrying the youngster as she held a present.

In the November issue of Shape, Duff revealed having Luca and then taking a break for her career made her reevaluate her life.

Her upcoming album Breathe In. Breathe Out is set to be released June 16th.

Alessandra Ambrosio Takes her Kids to a Party