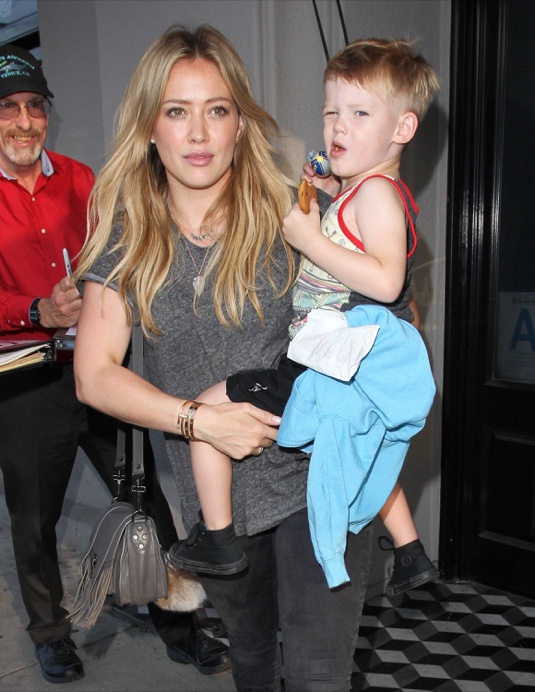 Hilary Duff and Mike Comrie were photographed taking their son Luca out for an early dinner at Craig’s in West Hollywood, CA on Wednesday (June 10).

The Younger actress was dressed casually in a grey t-shirt, jeans and runners for the upscale eatery. She held Luca on her hip while walked to her waiting car.

Duff filed for divorce in February from Comrie after a year of separation.

“I’m lucky for the person he is and I am and how we decided to handle this,” she told Cosmopolitan in March.

In recent weeks, Duff has started dating again and even met eligible bachelors via the dating app, Tinder.

Drew Barrymore Spends the Day at the Farmer’s Market