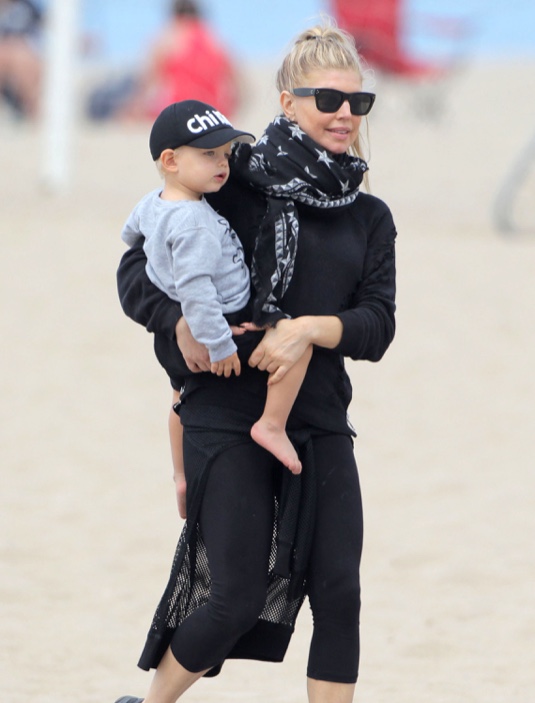 Fergie was photographed enjoying a day at the beach with her son Axl in Santa Monica, CA on Sunday (June 28).

The Black Eyed Peas singer was dressed in a black sweater with a scarf tied around her neck and matching tights. She walked around the beach with her son and watched him play in the sand.

Fergie’s husband Josh Duhamel recently spoke of his thoughts on Axl following in his footsteps.

“Oh, I don’t know about [putting him in show business]. I’m going to hold off on that for as long as possible,” he told AOL. “I want him to have a good education and a normal childhood first and if he wants to do it down the road he can, but we’re not pushing him towards that.”