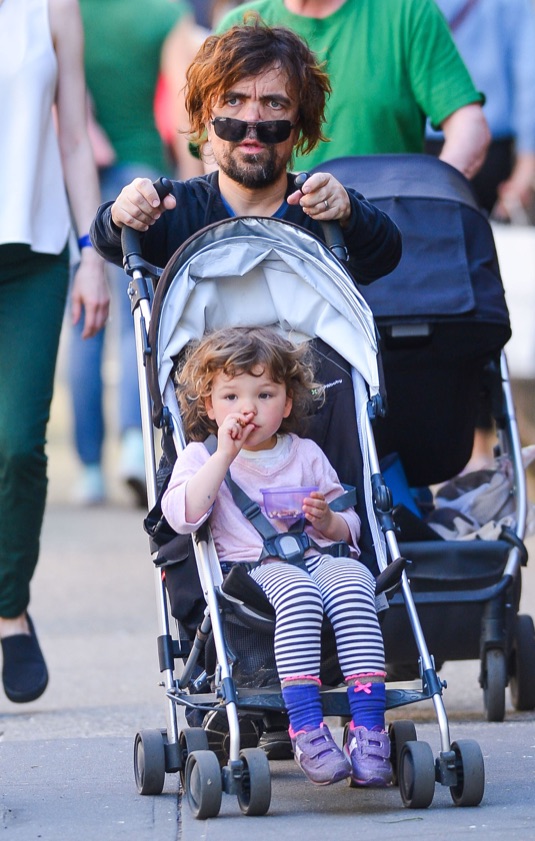 Peter Dinklage was photographed out for a stroll with his daughter Zelig in New York City on Wednesday (April 29).
The Game of Thrones actor kept a low-key profile by wearing a pair of dark shades. He pushed the youngster who was munching on a snack.
Dinklage and wife, Erica Schmidt welcomed Zelig in 2011.
The actor can next be seen in the upcoming sci-fi comedy Pixels, alongside Adam Sandler, Michelle Monaghan, Sean Bean, and Ashley Benson.
The movie is based on a 2010 French animated short film. It centers on a 1980s video game champion (Sandler) who is recruited to fend off aliens attacking in the form of classic arcade game characters including Pac-Man and Donkey Kong.
Image Credit: Fame/Flynet
Continue Reading

Drew Barrymore Loves Being a Mom to Two Girls!