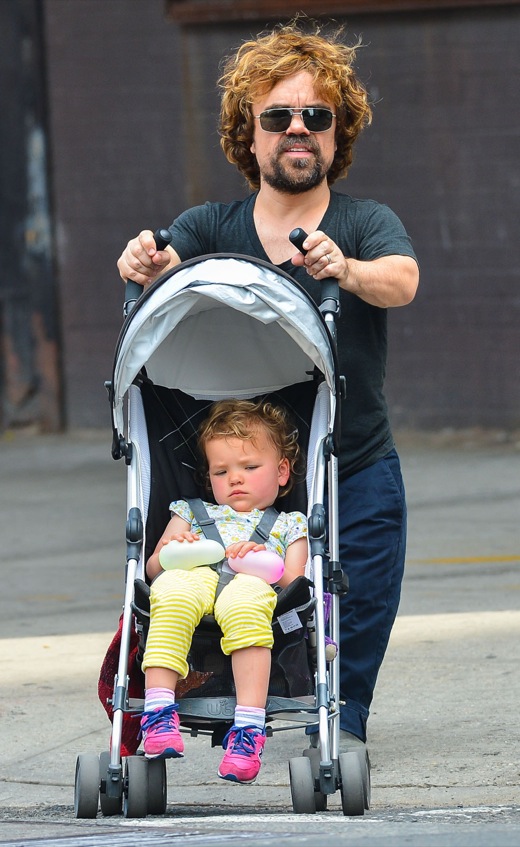 Peter Dinklage spotted out for a stroll with his daughter Zelig in New York City on Monday (June 23).

The Game of Thrones actor was dressed casually in a black shirt and navy khakis. He kept a low profile wearing dark aviator shades while pushing his daughter in a stroller.

Dinklage who is an animal lover and vegan recently joined forces with the Humane Society of the United States to urge New York residents to support a statewide ban on the ivory.

”It is an unfortunate fact that New York is home to the largest retail market of ivory in the United States. With more than 35,000 elephants killed for their tusks in 2013 alone, New York has a responsibility to pass legislation that would ban the sale of ivory products poached by criminal gangs, wildlife traffickers and international terrorist organizations, ”  he said in a statement. “I kindly urge you to do everything possible to help the legislature pass an effective bill that will bring an end to our state’s participation in the deadly ivory trade.”

Meanwhile, the fourth season of Game of Thrones just wrapped up. Fans of Dinklage were happy to learn that his character Tyrion Lannister didn’t die.