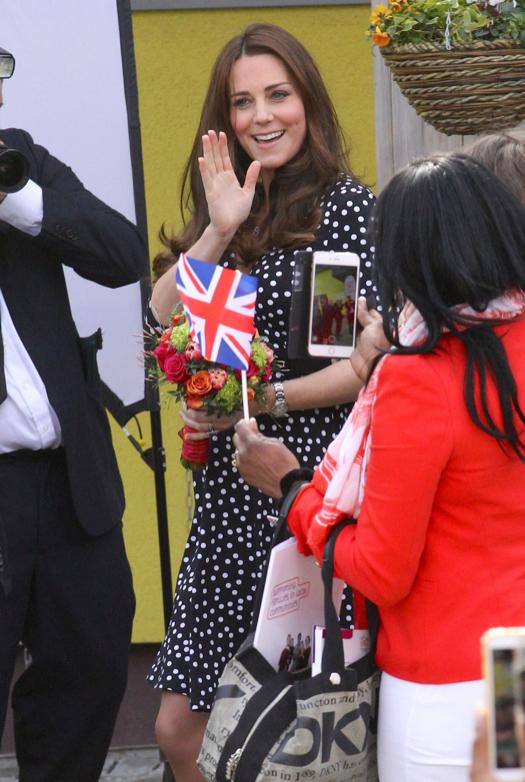 Kate Middleton made a public appearance while visiting the Brook Hill Children’s Centre in London, England on Wednesday (Mar. 18).

The Duchess of Cambridge wore a simple polka dot maternity dress by ASOS and black heels to match.

She waved at fans while heading into the centre to meet families being helped by Home-Start, a charity that supports troubled or vulnerable parents.

During the charity visit, the Duchess revealed that she will give birth next month.

“I’m due mid-April, to the end of April,” she confessed after a volunteer asked her due date. “Not long to go now.”

She also spoke with a group of mothers who had suffered with post natal depression.

10 Tips for Potty Training Your Toddler