Britney Spears: My Kids Come First in My Life 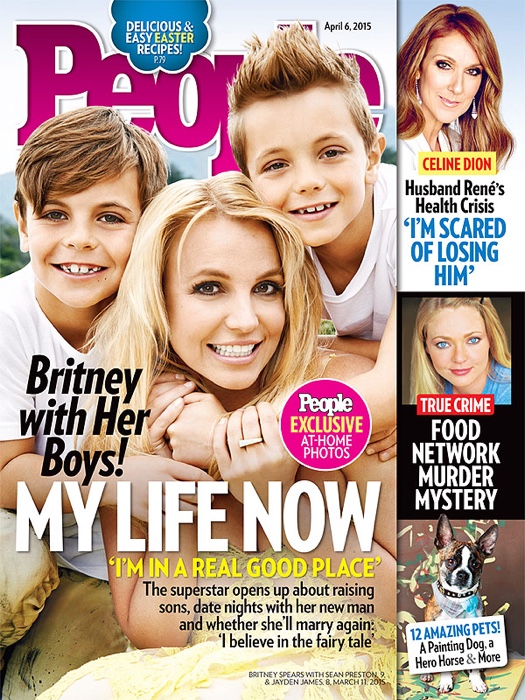 Britney Spears couldn’t be happier! Not only does she have a hit Las Vegas show, but her life has done a complete 180 since her very public meltdown in 2007.

In the new issue of People magazine, Britney Spears opens up about her family life with sons Sean Preston & Jayden James and her new boyfriend Charlie Ebersol.

“I’m the happiest I’ve ever been,” Spears tells. “My kids come first in my life, bottom line.”

The singer says she has high expectations and has set up a system to help motivate her sons to do their best.

“Homework is a priority,” she says. “We have a reward system that helps motivate them: if they get so many As, they get one toy a month.”

“Preston is very opinionated, very expressive, and if he doesn’t like something, he’s going to tell you,” she says. “But he has a huge heart, he’s a good kid and he has manners … Jayden is sweet, very soft-spoken, kinda funny. He’s adorable — a momma’s boy.”

Spears also reveals that her boyfriend of six months gets along well with the boys.

“They relate to him really well and they have fun together,” says Spears, who started dating Ebersol about six months ago. “He’s refreshing to be around and really light-hearted.”

Meanwhile, Spears new single, a collaboration with Iggy Azaelea, releases on May 5.