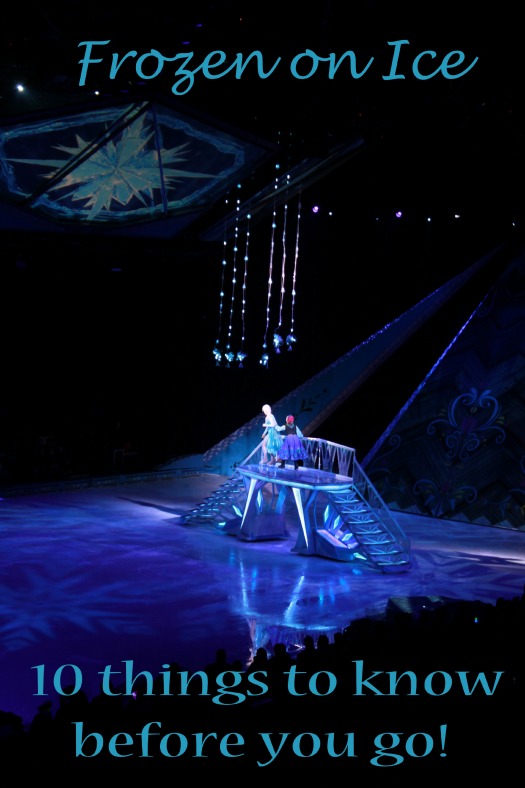 Frozen On Ice is fun for the whole family but I am sure you have some questions that would help you better prepare for the big event! Here are 10 things you should know before you go.

1. Get there early. Most events are in big cities and the traffic and parking are often a nightmare.  Get there earlier than you think you will need to-especially if it is winter- snow can cause lots of congestion for many reasons.  In addition if you are taking public transportation allow for common delays and full buses and trains.  This will help everyone feel more relaxed!

3. Bring a male with you if you have little (newly potty trained) kids. Again this is a bathroom thing but it is very convenient to have your husband or another trusting male take the kids to the men’s room.  The lines are much shorter there-which is a must for little emergencies!

4. If you haven’t already booked your tickets aim for the earliest show of the day.  The reason being is that traffic and congestion in parking structures as well as the building will be significantly less upon arrival.  The middle show is hard because people still haven’t left so it minimizes parking availability and makes it a lot busier.  If you have already booked just be aware of the extra travel time needed.

5. Closest doesn’t always mean the best seat. Disney on Ice does a great job of feeding into all sections of the crowd.  When you are too close sometimes you miss a little bit of the action because you don’t get the full picture.  If you are up a little higher and farther back it’s a bit easier to see everything. 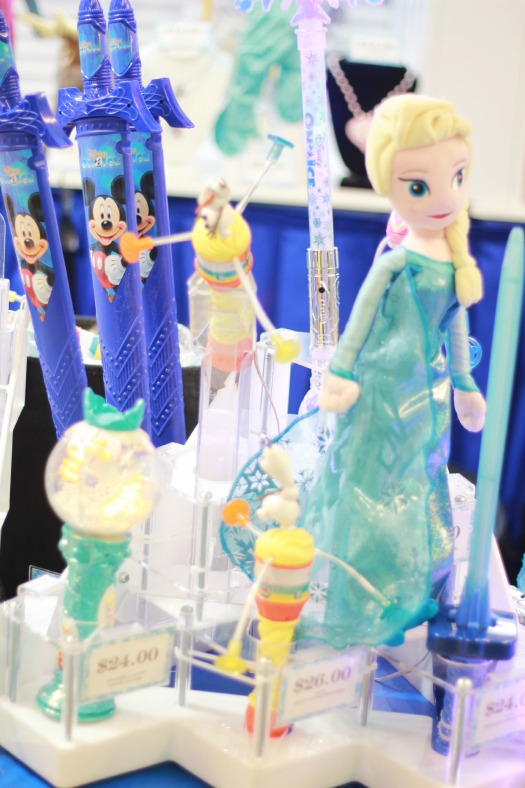 6. Souvenirs– of course there are little frozen delights everywhere.  It is good to know about these ahead of time so you can budget things out.  The souvenirs range from a $5 coloring book to a $40 stuffed animal.  There are lots of things in between.  The light up wands and swords you will see everywhere are between $16 and $25.  This is a great thing to be prepared for. 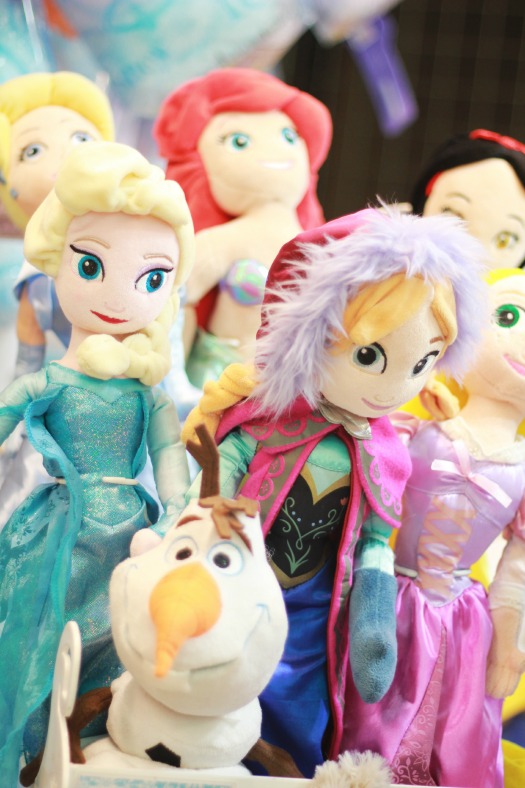 7. Frozen themed snacks. The frozen themed snacks that come around the crowd during intermission are more than you would expect because they have added a frozen souvenir to the treat.  For example a bag of cotton candy happens to have an Olaf hat with it- bringing the price up to $15.  The snow cones in a cup start around $12.

8. Wear costumes. Every little girl who owns something princess will be wearing it.  This is good to know if you are bringing your own little princess.  Whether it is just a tiara or a full on costume you will see it and you probably want to stuff one into your purse for your little one.  Boys will also enjoy dressing up in a themed t-shirt or bringing along their Disney sword or favorite character.

9. Get ready to dance and photograph your kids as they dance.  Disney invites you to sing along and you will hear a thousand little voices joining in.  The cast comes out at the beginning in regular clothing to get everyone up and dancing to start the show off right- help your kids get into it.  This will help distract them from the toys everyone else is holding if your goal is to get out of there without one!  Their excitement at the beginning will be something you want to catch on camera-especially after you read the spoiler at the bottom.

10. Bring Stuff. It is important to know the policies of the venue where the show will be before you go but bringing snacks, a cheap frozen toy from target (they have cute light up cups in the dollar section right now), candy or an extra juice box will make your experience a little better.  It is good to have the stuff you know they will like in case the venue doesn’t have anything you want them eating or anything they would choose.

Bonus Spoiler Alert- You will see some of your other favorite characters at the beginning and end of the show.  This is good to know in case you are deciding whether or not to bring your son or a kid who doesn’t seem to be the biggest frozen fan.  Buzz and Woody make an appearance and that is enough to send any little guy over the edge!  This explains a little more why they had some toy story and other character products for sale at their booths. (Not that they need an excuse- its Disney, that’s what they do!)  There are Disney princes and princesses and some other famous animated characters including Minnie and Mickey who appear during this time!