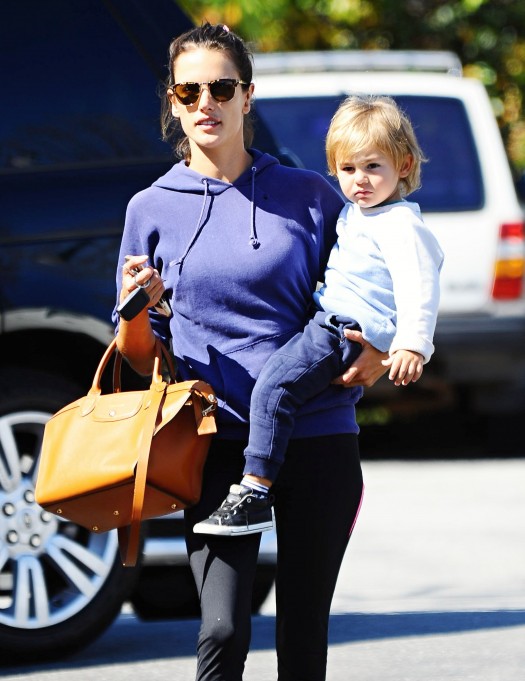 Alessandra Ambrosio was photographed picking up groceries at Whole Foods with her son Noah in Los Angeles, CA on Monday (Feb. 23).

The Victoria’s Secret model was dressed casually in a blue sweatshirt, black tights and sneakers. She carried the toddler while leaving the store.

“Lady in Red in Atelier Versace @versace_official and @chopard #oscars2015 #oscar,” the model captioned a photo of herself posing on the red carpet.

Kelly Clarkson: I Never Thought I Was Going to Be a Mom