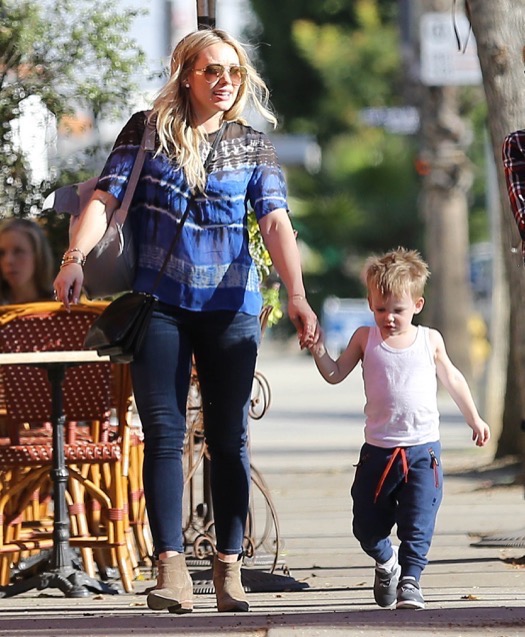 Hilary Duff and her son Luca were photographed meeting some friends for a lunch date in Los Angeles, California on  Tuesday (Jan. 6).

The Chasing The Sun singer was dressed in a blue patterned blouse, shinny jeans and suede boots. On the way to the restaurant, Luca got a little cranky, so she picked him up.

In a recent interview for the December 2014 issue of Health Magazine, Duff revealed taking a break from her career after giving birthmade her reevaluate her life.

The singer is finally back to work with a new album set to be released this year. Duff is also starring in a TV Land Show entitled, Younger, which is set to premiere this January.

Jeremy Renner’s Daughter is Already the Highlight of His Year