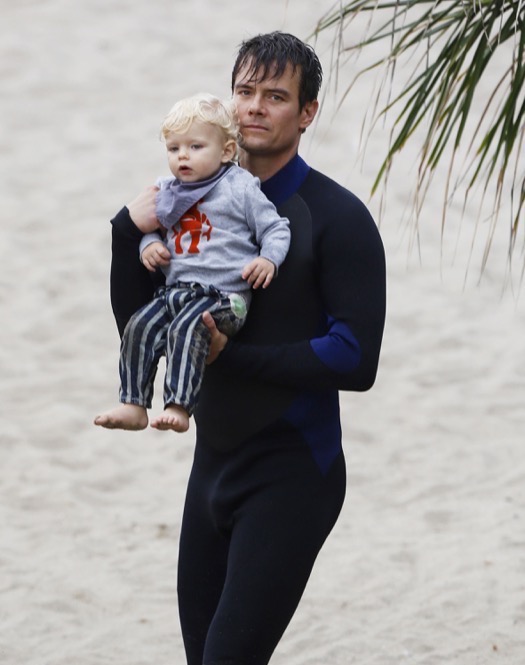 Josh Duhamel was pictured bonding with his son Axl while taking a break from filming scenes for the TV series Battle Creek at Malibu beach, CA on Thursday (Nov. 20).

The Safe Haven actor was dressed in a wet suit for the scenes he was shooting in the water. He carried the youngster across the sand and watched him play with a toy car while chatting with co-workers.

School is Closed! How to Survive Snow Days