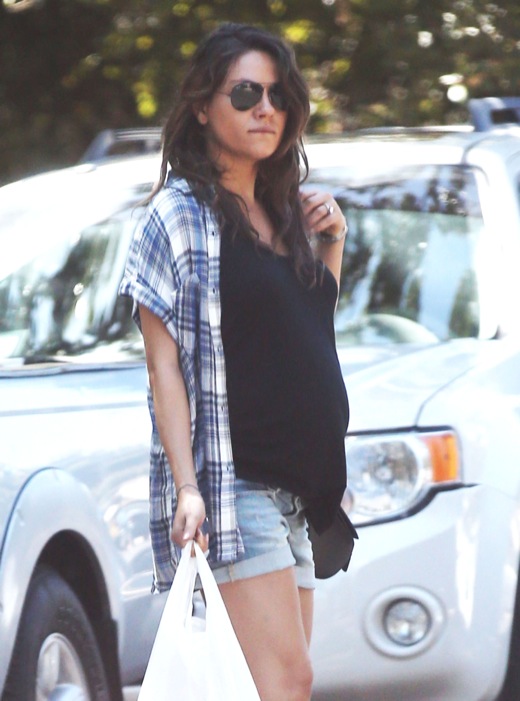 The Ted actress showed off her growing bump in black shirt under a plaid button-up blouse and jean shorts. She paired her relaxed maternity look with a black bag, aviator sunglasses and tennis shoes.

In July 2014 issue of Marie Claire, Mila Kunis revealed that she loves being pregnant.

“Without being an a–hole, I have to say, I love being pregnant,” she told.

She also told the magazine that fiance Ashton Kutcher will be right by her side when she gives birth.

“Two people are allowed in my delivery room,” she shared. “My doctor and my significant other. And he is staying above the action. He’ll be head to head. Not head to vag. Unless he wants to risk his life and see.”

Kunis is about 7 months pregnant at the moment.