Hilary Duff Does Some Shopping With Luca 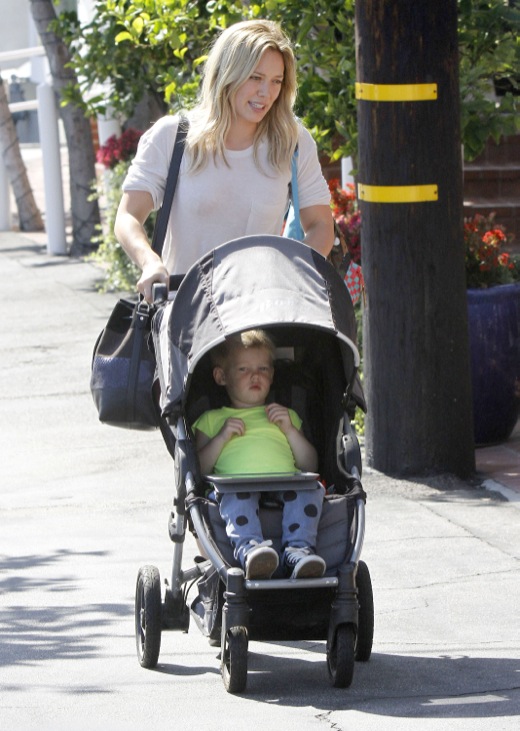 Hilary Duff and her son Luca enjoyed a day shopping at Fred Segal in West Hollywood, CA on Saturday (Aug. 30).

The singer was dressed in a white sweater and cut-off shorts while pushing Luca in a stroller. The tot entertained himself with an iPad while Duff spoke to a friend.

Duff has delayed the release of her comeback album.

She broke the new to her fans via twitter on Friday.

“Guys, hate to break this news but the album won’t be out in October… You will have to wait a few more months. Love all the excitement tho,” she wrote.

This will be her first album in seven years.