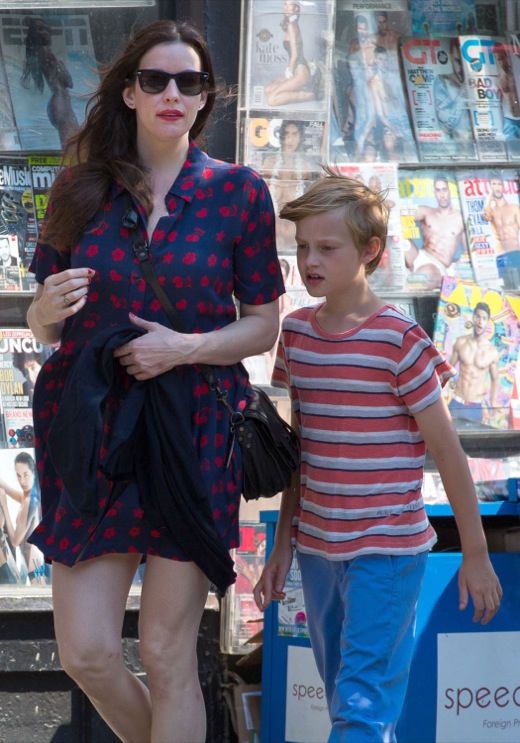 Liv Tyler and her son Milo Langdon were spotted out and about in New York City on Saturday (July 12).

The Lord of the Rings actress was dressed in a navy and red flower printed sundress with sandals. She strolled next to her youngster who wore a striped t-shirt and blue khakis.

Tyler recently revealed that she gets embarrassed watching her big break in Aerosmith’s Crazy music video in 1994 alongside Alicia Silverstone.

“Oh my, what’” she gasped in surprise after MTV revealed the clip of the music video of her father Steven Tyler‘s band. “That is f**ked up! 20 years! I remember I was in high school when I made it and I would wake up in the morning for school, put on the MTV countdown. And when the video would come on I’d get so embarrassed, that’s when I would get in the shower, I remember that. Wow, that’s a long time ago.”

Tyler can currently be seen on the new HBO show, The Leftovers.