Fergie & Family Touch Down at LAX 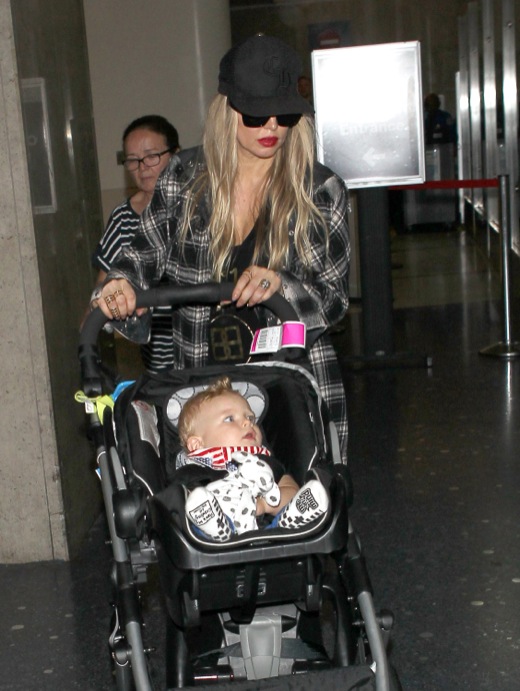 Fergie and Josh Duhamel were photographed arriving on a flight with their son Axl at LAX airport in Los Angeles, CA on Saturday ( July 5).

The singer was dressed in a long plaid shirt over a black tank and cutoff shorts while pushing the baby in a stroller. On their way out of the terminal, she let Duhamel take over pushing duties.

Fergie recently revealed that her baby boy loves when she gets all dolled up to go out.

“I’m more of a just mascara girl now, but it’s fun to do lashes when I go out,” she says. “When I do, it’s funny because Axl thinks it’s hilarious. He looks at my face and he starts grabbing because he thinks I’m playing a game with him, like ‘What’s on my face?’ When I do my cucumber patches on my face, he thinks that’s really funny too. He thinks that I’m putting it on for him and it’s a game, like putting on a hat … The lashes thing is the tricky one because he just wants to touch. ‘Don’t!’”

Fergie and Duhamel married in 2009.