Hilary Duff Takes her Toddler to a Baby Class 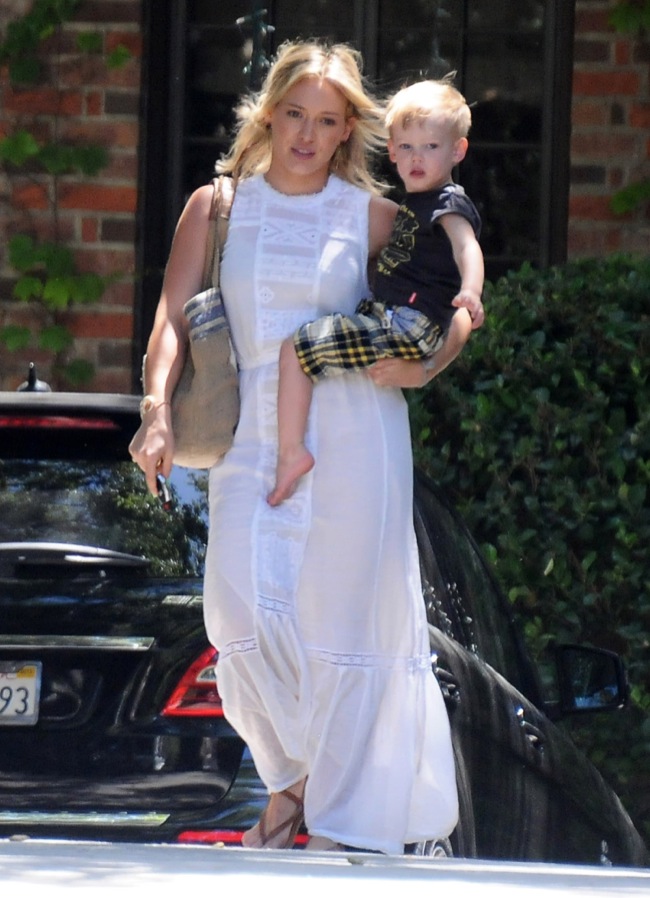 Hilary Duff was photographed taking her son Luca to a baby class in Beverly Hills, California on Thursday (June 19).

The singer wore a flowing white maxi dress and brown sandals. She carried the toddler who wore a yellow and black outfit without shoes.

“I feel like her record is not what they will expect. Obviously she comes from ‘Lizzie McGuire’ and that pop world, but she’s more grown up now, so it’s more of an adult alternative acoustic sound,” he told MTV.

Sheeran and Duff teamed up in the studio back in May to work on her upcoming “earthy, indie-pop” album. The album is expected to drop this fall.