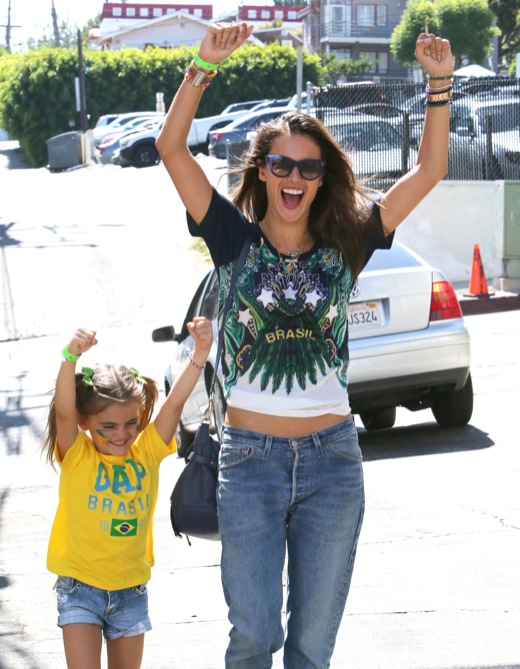 Alessandra Ambrosio and her daughter Anja were spotted heading to Rock and Reilly’s Irish Pub to watch the 2014 FIFA World Cup Brazil in West Hollywood, CA on Thursday (June 12).

The mother-daughter duo were decked out in Brazil clothing to support the supermodels native country. They cheered happily in support of the team while walking to watch the teams first game.

“Let’s do this #brasil

Laura’s Star and the Dream-Monster: Imaginative and Interactive Storytelling