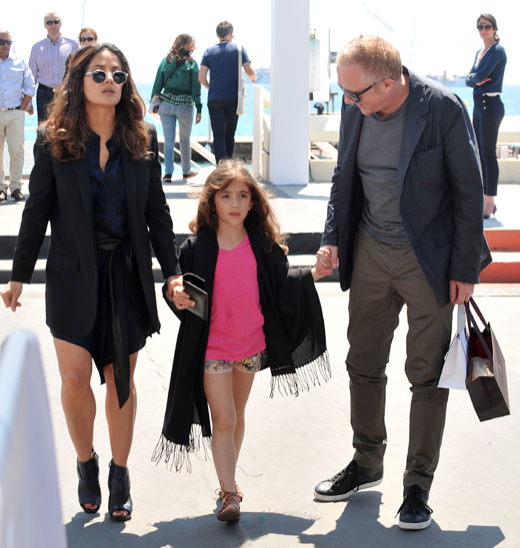 Salma Hayek, her husband Francois-Henri Pinault and their daughter Valentina enjoyed a day of sight-seeing while attending the 67th Annual Cannes Film Festival in Cannes, France on Sunday (May 18).

The Mexican actress wore a black blazer, a navy blouse and skirt with heels.  She held Valentina’s and stopped to wipe something off the youngsters face while they did some shopping.

Hayek is promoting a new film, The Prophet, an animated version of the legendary work written by Kahlil Gibran, who penned the philosophical writings in 1923. It features the voices from Liam Neeson, John Krasinski and Hayek.

“Most animated movies are light,” Hayek said. “We wanted to something serious but not preachy.”

The film is still in production as Hayek is previewing it to Cannes audiences.

Preparing Your Cat For A New Baby