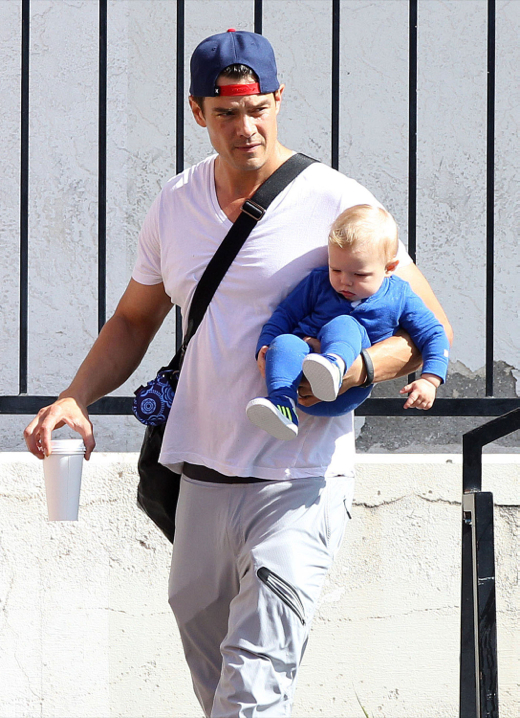 Josh Duhamel was photographed taking his son Axl out for lunch in Brentwood, California on Saturday (May 10).

The You’re Not You actor wore a white t-shirt and casual pants with sneakers. Her juggled carrying the baby in one hand and a coffee in the other.

Duhamel’s wife singer Fergie recenty revealed that they would love to have another child.

“We definitely want another one,” she told Us Weekly. “But there are no plans anytime in the near future.”

“Watching [Axl] develop into a little boy. Sitting up, holding a bottle or cursing around in his walker. You don’t think it’s a big deal,” the proud papa added, “until you see your kid doing it,” he told of what the best part of fatherhood is while being interviewed.

Duhamel and Fergie married in 2009.