Gwen Stefani Takes Her Boys to a Sunday Party 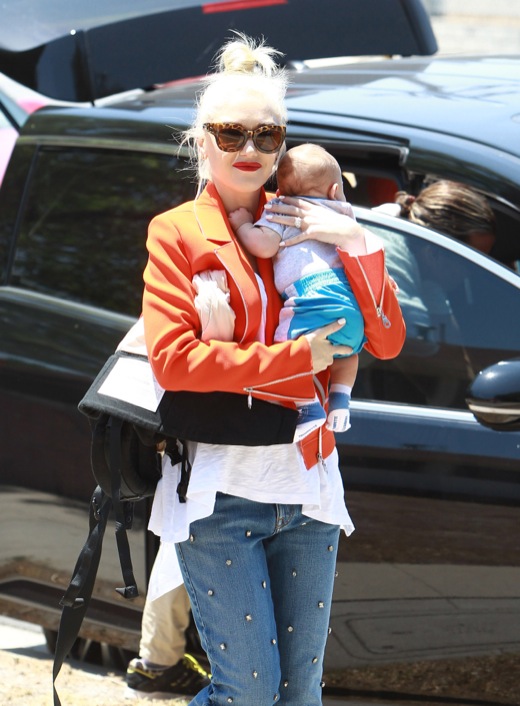 Gwen Stefani, her husband Gavin Rossdale and their children Kingston, Zuma and Apollo attended a party in Los Angeles, CA on Sunday (May 25).

The No Doubt singer wore an orange cropped jacket, a loose fitting top and studded jeans. She carried Apollo who sleepily rested his head on her shoulder. Rossdale and the other boys followed behind.

Stefani has been spending as much time as possible with her family before she heads to work as a mentor on the upcoming season of The Voice.

She will replace Christina Aguliera who is taking the season off while pregnant. She will then have a couple of months to take care of her newborn child with fiance Matt Rutler.

In anticipation of her joining the show, Stefani hit the competition’s stage to sing her 2004 mega hit Hollaback Girl. She was joined on stage by another future coach, Pharrell Williams, who co-wrote the hit.