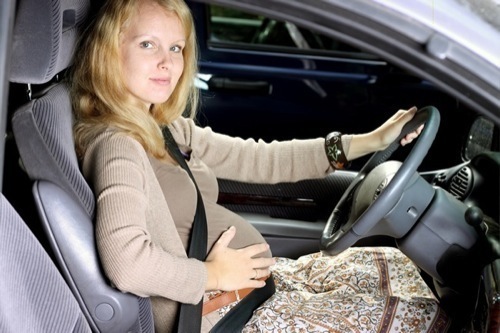 The chances of having a crash during your second trimester of your pregnancy (weeks 14-26) is 42%, according to a Canadian study published in the Canadian Medical Association Journal.

That is a statistical risk of 1 in 50 of the average woman having a motor vehicle accident during her pregnancy.

Rather than deterring women from driving, he explains that the findings simply emphasis the need to drive more carefully. The Dr. explains:

Even a minor motor vehicle crash during pregnancy could lead to irreparable consequences for mother and child. These findings underscore the importance of prevention and indicate that good prenatal care includes safe driving

The study of over 500,000 pregnant women examined the possibility of various common features of pregnancy including, nausea, fatigue, insomnia and distraction and how they might contribute to human error and increase the risk of crashes.

The paper also refers to the “baby brain” phenomenon, but does not link it to the increased risk of accidents.

The study also pointed out that the risk of pregnant women having a serious crash was still lower than men of the same age.