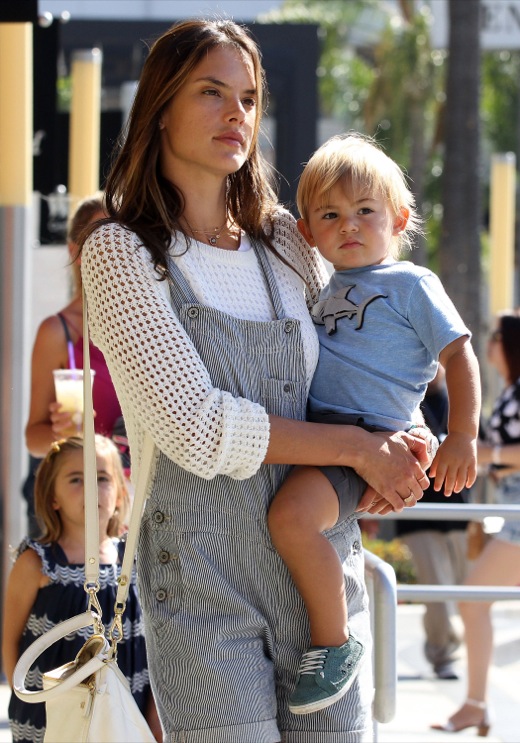 Alessandra Ambrosio took her children Anja and Noah shopping with some friends at Westfield Century City Mall in Los Angeles, CA on Friday (May 30).

The Victoria’s Secret model was dressed casually in a white knitted sweater and overalls. She carried Noah while Anja followed behind with a friend.

Earlier in the week, Ambrosio stopped by the Michigan Avenue flagship store of Victoria’ Secret in Chicago. She debuted the new Knockout by Victoria’s Secret Sport Bra.

“Definitely when I’m with my kids at home. We can just be, and we just put on bathing suits and go hang out at the pool. I get some friends, I get the family, and I can just be myself,” she told when asked where she feels most a home and herself.

The Brazilian-native also shared a snap of herself wearing the sports bra while heading to a workout.