Leslie Mann Stuns Alongside Family at The Other Woman Premiere 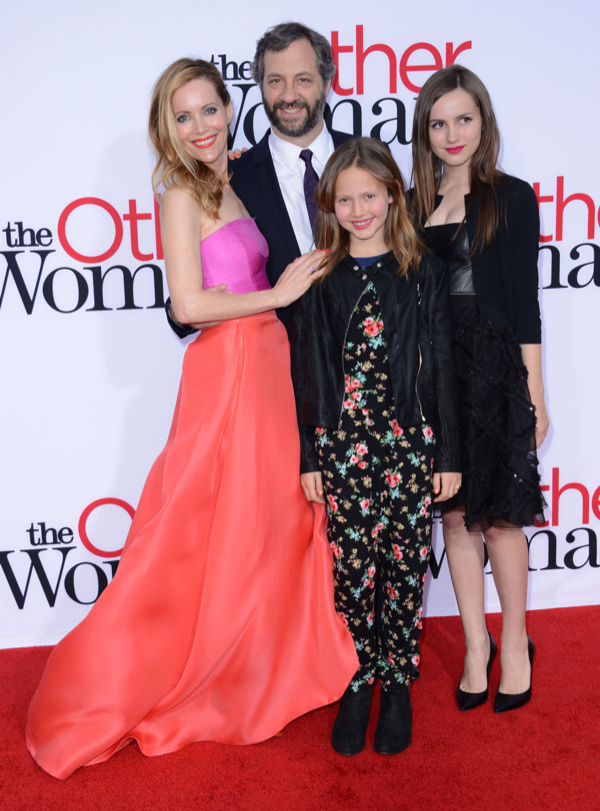 Leslie Mann was joined by her husband Judd Apatow and their two daughters Maude and Iris while at The Other Woman Premiere held at the The Regency Village Theater in Westwood, CA on Monday (April 21).

The 42-year-old actress looked radiant in a Monique Lhuillier strapless fuchsia crop top paired with a long peach skirt and strappy heels. She happily smiled for pictures while posing alongside her family.

While doing press for her new film, Mann revealed that being a mother dictates her career choices.

“There’s a sacrifice being made. I’m not willing to spend too much time away from my kids so I usually don’t work that much. Judd makes way more money than me. Besides, I’d rather be home,” she tells.

In The Other Woman, Mann plays a vengeful wife who is cheated on by Coster-Waldau. She stars alongside Cameron Diaz and Kate Upton.

The film hits theatres on April 25.

Olivia Wilde: My Bump is a Badge of Pride

Tips for Getting Your Child to Eat Healthy