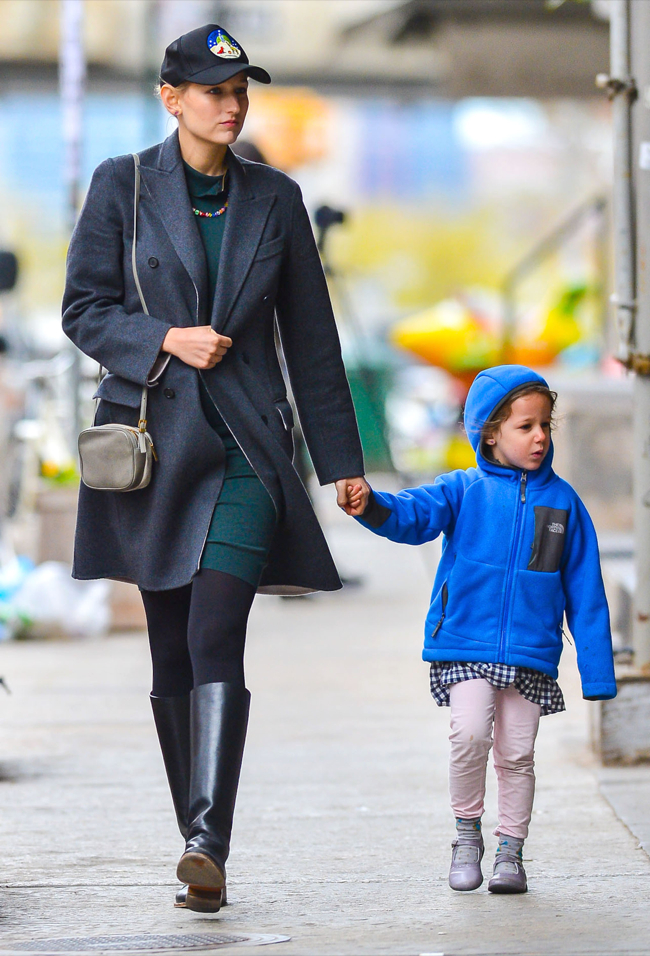 Leelee Sobieski and her daughter Louisanna spotted out and about in New York City on Wednesday (April 23).

The Last Film Festival actress was dressed in a grey jacket, a green dress with tights and knee-high boots. She held her daughter’s hand as they strolled in the busy city.

Sobieski sees a little of herself and her husband’s traits in her daughter.

“She likes reading a lot. She’s really silly, she’s really verbal, she has a high forehead. I think she has my tush. But she looks a lot like my husband, too,” she told in 2012.

The actress tied the knot with menswear designer Adam Kimmel in August 2010. Their daughter was born in December 2009.

Lake Bell Is Going to Be a Mommy!