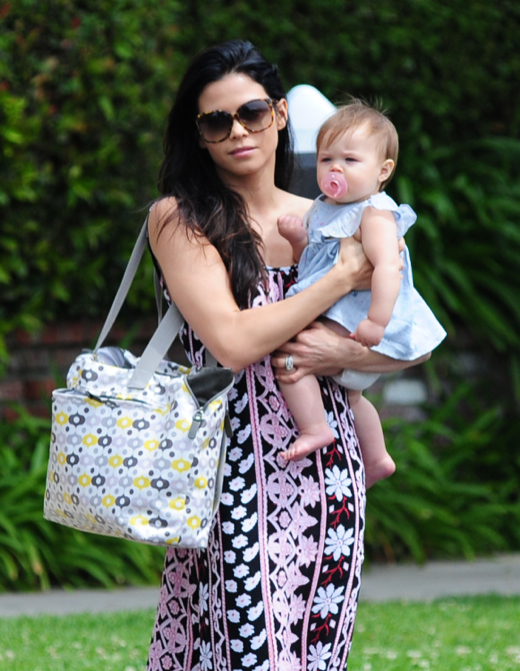 Jenna Dewan-Tatum was photographed taking her daughter Everly for a checkup at a doctor’s office in Santa Monica, CA on Thursday (April 10).

The Witches of East End actress was dressed in a tropical floral maxi dress and sandals. She carried the baby who looked like the spitting image of her dad, Channing Tatum.

While being interviewed by Cover Mag, Tatum revealed how great of a woman and mother Dewan is.

“We had the baby while we were on Jupiter Ascending and I don’t ever suggest doing four movies and trying to have a kid. It was not such a good idea. But I will say we have handled it, my wife is a super woman. Like, I don’t know how she did it. She went to work six weeks after she had the baby. And if anyone could have done it, I think we did it in the best way that you can do that stuff,” he told.

Tatum added that he will pick up the bulk of the parenting duties now that Dewan has started filming, The Mindy Project. Tatum will get back to work for Magic Mike 2 this summer.