Drew Barrymore: I am Loving Being a Mom 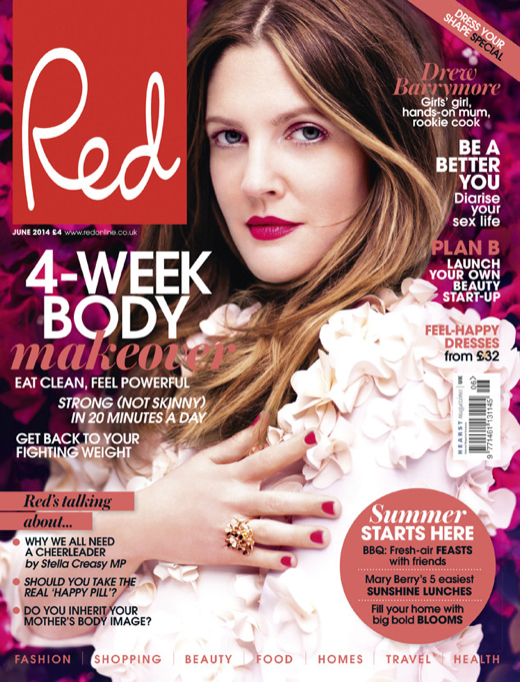 Appearing on the June 2014 issue of Red UK before the birth of her second daughter Frankie (April 22), Barrymore opens up her life with husband Will Kopelman and their daughter 18-month-old daughter Olive.

“I am loving being a mom,” the Big Miracle star raved. “Olive is a year and a half now, so…[the girls] will be close together in age. I think, just get it done — it will be awesome!”

After her lack of parental guidance as a child, it’s not surprising that being a hands-on mother is very important to Barrymore. She and her husband try spend as much time together as a family.

“We spend every weekend together,” she told the mag. “We don’t have a babysitter. It’s just us.”

Barrymore’s father was absent most of her life and is happy her children will never have to deal with that.

“My parents split up before I was born, and my dad was just never capable of being a father,” she explained. “It’s something I really accepted and became okay with early on. But it’s shocking to me that someone can make that choice. As much as I accepted it with him, I could never accept it in a partner.”

The admits she loves to cook. Unfortunately, unlike her best friend, Cameron Diaz, she is not very good at it.

“I really love cooking, it makes me so happy. But I’m terrible at it,” she said. “None of it is effortless or sexy or even tastes that good for that matter, but I’m really working on it. I might travel somewhere to do it, and bring the family. I love cooking for Olive now, but I used to be Mrs Takeout…I’ve just never learned to cook in my life…Cameron’s a great cook, and always has been. I’m just trying to catch up to that.”