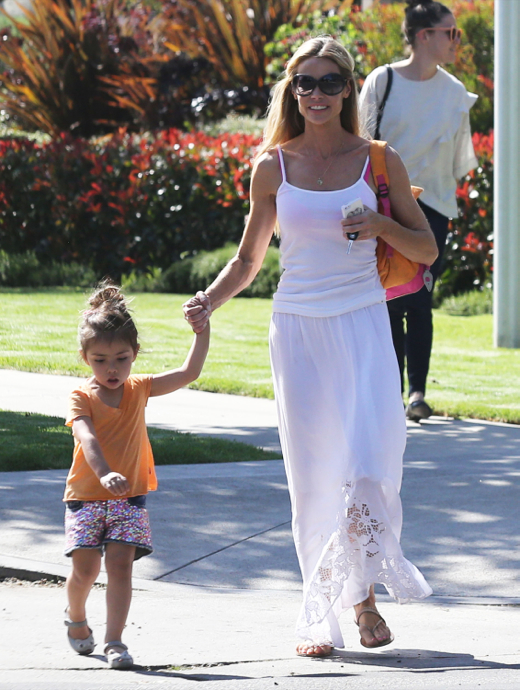 Denise Richards was seen running some errands with her daughter Eloise in Los Angeles, CA on Tuesday (April 29).

The actress wore a white tank and matching flowing skirt. She carried the toddler before letting her down to walk across the street.

Richards ex-husband Charlie Sheen is once again creating drama in her life.

Sheen has stopped paying child support for their two children Sam and Lola. It is rumoured the actor hasn’t paid Richards her monthly check of $55,000 for the third month in a row.

“As of Wednesday night, Charlie still hadn’t paid Denise… and Charlie still hasn’t paid for February or March either,” an insider told RadarOnline. “In all, Denise is owed $165,000 in back child support.”